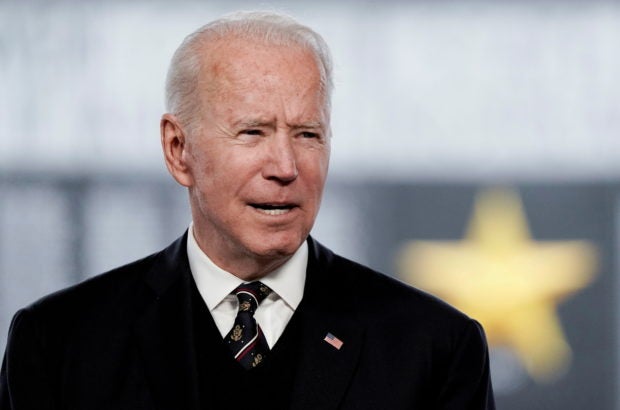 WASHINGTON — President Joe Biden’s meeting with leaders of the G7 leading industrial economies in an English seaside village this week will usher in a new focus on rallying U.S. allies against common adversaries – the COVID-19 pandemic, Russia and China.

New COVID-19 variants and rising death tolls in some countries will loom large during the gathering from Friday to Sunday, alongside climate change, strengthening global supply chains and ensuring the West maintains its technological edge over China, the world’s second-largest economy.

Biden, a Democrat, vowed to rebuild relations with allies after four rocky years under former President Donald Trump, who pulled Washington out of several multilateral institutions and threatened at one point to quit NATO.

“The trip, at its core, will advance the fundamental thrust of Joe Biden’s foreign policy to rally the world’s democracies to tackle the greatest challenges of our time,” White House National Security Adviser Jake Sullivan told reporters at a briefing on Monday.

The gathering will put Biden’s “America is back” motto to the test, with allies disillusioned during the Trump years looking for tangible, lasting action.

Russia will be at the forefront of attention at the G7 summit in Cornwall, England, and the days afterward when Biden meets with European leaders and NATO allies in Brussels, before heading to Geneva to meet Russian President Vladimir Putin.

U.S. officials are considering sharper action against Russia after two incidents. These are the recent ransomware attack on JBS, the world’s largest meatpacker, by a criminal group likely based in Russia. Also Putin gave financial backing to Belarus after it forced a Ryanair flight to land so it could arrest a dissident journalist on board are pushing.

Biden’s meeting with Putin is not a “reward” for Putin but instead the most effective way to hear directly from him to understand and manage the differences between Washington and Moscow, Sullivan said.

“There is simply a lot we have to work through,” he said.

Biden will also stress the importance of NATO countries’ burden-sharing and the need for allies to contribute to alliance exercises and operations, Sullivan said. He added that the United States will respond if Russia’s “harmful” activities against Washington continue.

Sullivan said Biden spoke with Ukraine President Volodymyr Zelenskiy on Monday and reassured him that he would defend Ukraine’s sovereignty in his talks with Putin.

According to Sullivan, he also said he hoped the G7 nations would come up with an “action plan” to increase their collective defenses against ransomware attacks and deal with the challenges posed by cryptocurrency, which, he said, “lies at the core of how these ransom transactions are played out.”

On the sidelines of a NATO summit in Brussels on June 14, Biden is also expected to meet with Turkish President Tayyip Erdogan, a crucial session between the sparring NATO allies after Ankara’s purchase of Russian defense systems angered Washington and risked driving a wedge within the alliance.

Sullivan said the talks with Erdogan would be expansive, covering the eastern Mediterranean, Syria and Afghanistan as well as how to deal with the differences that have arisen between the two countries.

He said that Biden and Erdogan, who have known each other for many years now, were looking forward to having a “business-like” opportunity to have a broad review of bilateral ties.