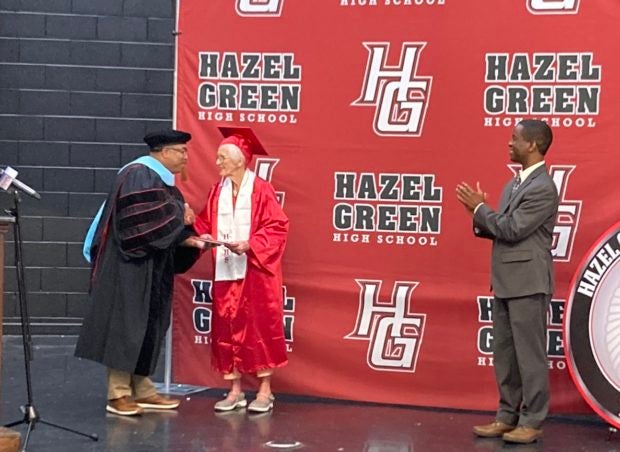 A 94-year-old woman in Alabama, United States was awarded an honorary high school diploma 79 years since she dropped out due to World War II.

Grace Lee McClure Smith attended her high school graduation on Wednesday, June 2. Her granddaughter Erin Wilson was the one who worked on getting her the honorary diploma as a surprise, according to ABC affiliate WAAY on the same day.

The graduation rites took place at Hazel Green High School, where Smith received her diploma in a room full of her great-grandchildren, siblings and other family members.

“I am so grateful, thank you so much. It’s better late than never, isn’t it,” Smith said during an interview.

The school’s assistant principal Jennifer McKinney also congratulated Smith via Twitter on Thursday, June 3, accompanied by a photo of Smith during the ceremony.

Smith reportedly dropped out of Hazel Green High School in 1942 when she was 16 years old, while her husband went off to fight in the war. She then worked as a bus driver for the school system for 30 years.

Wilson said her grandmother never mentioned regretting her decision to drop out of school.

“She would never take it back because she absolutely loved my grandfather and that was just what she wanted to do, but I think this was very important to her,” Wilson was quoted as saying.

Although Smith’s graduation was 79 years in the making, she made sure to emphasize the importance of education in her family. Wilson recalled Smith driving her to school every day and encouraging her to finish her studies.

“I rode with her to and from school. And she always encouraged me to go to school, make sure I finish school, and now she encourages my girls,” Wilson said.