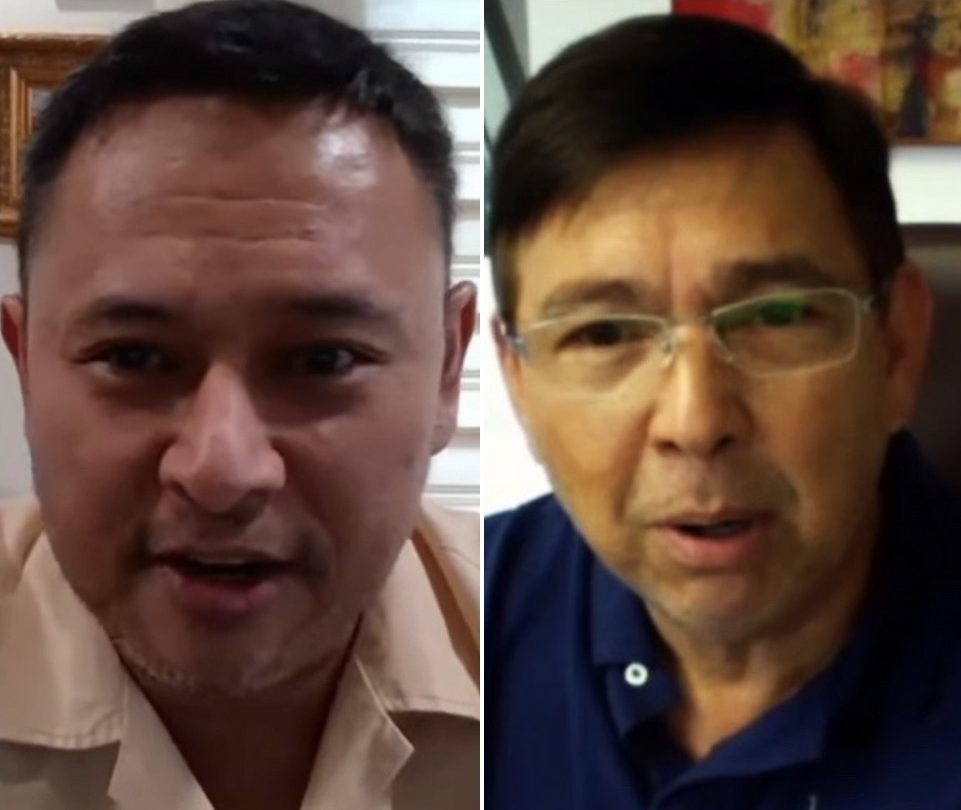 MANILA, Philippines — Two Senate leaders on Friday demanded that the Bureau of Internal Revenue (BIR) rescind the “absurd” 150-percent increase in income tax it had imposed on private schools struggling to survive the pandemic, saying the agency made an “erroneous interpretation” of a new tax measure.

Under BIR Regulation No. 5-2021 (RR 5-2021), which took effect on April 9, the income tax rate on so-called proprietary educational institutions that are run by stock corporations would be increased to 25 percent from the current 10 percent.

“It is illogical, absurd and goes against the spirit of the law,” Senate President Pro Tempore Ralph Recto said, referring to the Corporate Recovery and Tax Incentives for Enterprises (CREATE) Act, which was passed in March.

Recto said the very title of the law signified the authors’ intent to bail out distressed companies, including private schools, from the disadvantageous tax regime.

“So how can the BIR invoke it to inflict a 150-percent increase on the income tax of private schools, which is directly opposite to what the law clearly intends?” he said in a statement. “CREATE is meant to bail out distressed private schools. The BIR order further drowns them in a sea of red ink.”

The chair of the Senate finance committee, Sen. Sonny Angara, said he had filed a bill to “correct” the BIR’s “erroneous interpretation on tax perks granted to educational institutions under CREATE.”

The BIR wrongly interpreted a provision in the CREATE law on which schools could qualify for the much-needed 1 percent preferential tax rate from the current 10 percent. To the BIR, such schools should be both proprietary and nonprofit, he said.

But Angara explained that being proprietary and nonprofit was a “legal impossibility” because the term “proprietary” generally meant “one that is privately owned and managed, and run as a profit-making organization.”

“Thus, instead of shoring up proprietary educational institutions during the pandemic … this erroneous regulation would instead subject them to the regular rate of 25 percent,” he said.

“Schools are among the hardest-hit institutions during this pandemic. We can be more sensitive in our policies,” Angara said.

Angara said the BIR’s “confusing and erroneous tax regulation” contradicted the language and the intention of both the Constitution and current tax laws.

Besides penalizing, marginalizing and discriminating against private schools, the higher tax rate “could lead to even more closures as they are already struggling to cope with the financial pressures brought about by the pandemic,” he said.

“This will lead to even more teachers and other school personnel losing their jobs and the loss of income for the extensive network of linked small and medium enterprises and livelihood activities of the host communities as well,” Angara said.

In letters to the BIR in April and May and a public statement early this month, the 2,500-member Coordinating Council of Private Educational Associations (Cocopea) questioned the tax agency’s move, saying it violated the CREATE Act, the Tax Code and the Constitution.

In a petition they made public on Friday, Cocopea and over 600 private school associations and individuals, appealed to President Duterte to reverse the new policy and correct the “onerous and erroneous provisions” of BIR’s regulation.

“RR 5-2021 will severely harm the schools, parents, students, teachers, employees and other stakeholders in the private education sector, which is a large and vital partner of the government in providing quality education nationwide,” they said.

Those that signed the petition included Davao Colleges and Universities Network Inc., Association of Private, State Colleges, Universities in Region XI, and members of school employees associations around the country.

They said those that would be severely affected by the new tax policy were makers of school uniforms, cafeteria workers, store owners, plus the dormitories, janitorial and security services, school bus operators and their drivers and helpers, book suppliers, and informal businesses on and around school campuses.

They said the new tax rate could “directly affect” the academic, athletic, working student and needs-based scholars, faculty and staff of the various private schools in the country.

Finance Secretary Carlos Dominguez III, who oversees the BIR, on Friday maintained that RR 5-2021 was “based on Supreme Court decisions and the Tax Code.”

The finance chief and head of the administration’s economic management team was the signatory to RR 5-2021 alongside BIR Commissioner Caesar Dulay.

“We will, however, respect and implement any future decision of the Supreme Court or enacted legislation concerning this matter,” Dominguez said.

Spark, an activist youth and student group advocating free education, also called on the government to stop the high taxes imposed on private schools, which it said would only make it harder for the education sector to cope with the pandemic.

“New taxes like this would only cause the passing of the burden to the students and their families rather than the private institutions themselves,” said Spark in a statement.

It said that it was “ironic” for Cocopea to call for a correction of the BIR regulation.

“Spark doesn’t buy Cocopea and other private nonsectarian educational institutions’ hypocrisy and crocodile tears on its call to rectify RR 5-2021,” it said in a statement.

“You claim that it is damaging to your already struggling private institution when in reality, you will only pass the burden of the increase of taxes onto the shoulders of your students,” the group said.