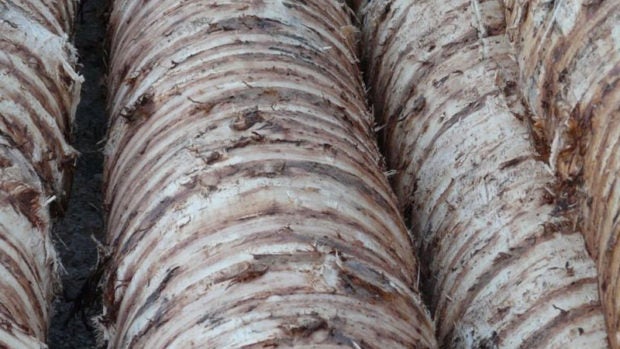 A report from General Luna police said authorities flagged down a Fuzo truck loaded with 1,200 pieces of cut coconut lumber totaling around 7,200 board feet (16.99 cubic meters) in a checkpoint in Barangay San Jose at 11:55 p.m.

The police said the driver, Onesimo Barte, and his passenger, Jhon Angelo Cuenca, failed to produce a permit from the Philippine Coconut Authority for the cargo, which prompted the authorities to confiscate the hot lumber and impound the vehicle.

The suspects were detained at the local police jail.

The police said the truck and the cargo are owned by a certain Rosemarie Sulit, a resident of Las Piñas City.

The confiscated illegal coconut lumber is estimated to be worth P180,000 in the underground market.

Under the Coconut Preservation Act of 1995, cutting coconut trees and transporting coconut lumber are prohibited unless permitted by the local PCA office. INQ