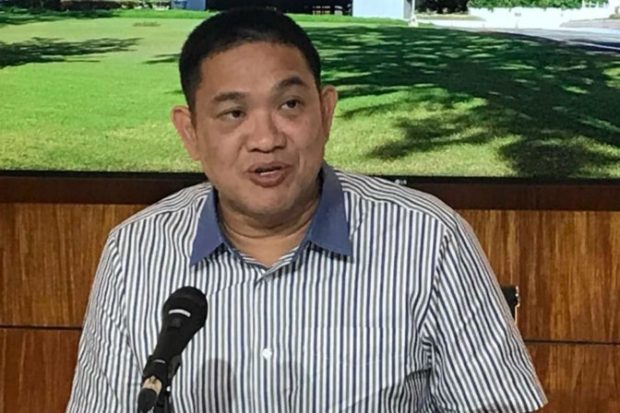 MANILA, Philippines — Former Camarines Sur Rep. Rolando Andaya has revealed that the police initially released wrong details about the recent threat on his life, saying that it would have affected how investigations went.

Andaya said in a text message to INQUIRER.net on Thursday that there were several inconsistencies on the police report and on what he saw during the ambush.

The former lawmaker survived an attack on Tuesday, which happened while he was driving his vehicle in Pili town’s Barangay Palestina when two assailants aboard a motorcycle opened fire at his vehicle.  No one was hurt during the incident.

The police report, Andaya said, supposedly stated that a man aboard a black KTM motorcycle was the assailant, who fled toward the direction of Naga City afterward.  However, he noted that based on his observations, there were two suspects aboard a Honda TMX motorcycle — not a KTM as previously stated.

Andaya said that he knows the difference between the two motorcycles as he had been borrowing one from a friend.  Also, he stressed that the assailant escaped in the direction of Pili, not Naga.

“How can a complete police report be made public when my side, the victims’ side, was not inputted?  Today I will officially submit to the investigators of the Regional Police Command […] The perpetrators were 2 PERSONS, riding in tandem, not 1 MALE person.  The getaway vehicle is a black TMX. Not a KTM 200,” Andaya said.

“I know how a TMX looks like because my friend has one and I borrow it from time to time.  The direction that the ‘riding in tandem’ fled towards was Pili, not Naga. Opposite the direction that the police report claims. How can a dragnet be effective if it is going the wrong way?” he asked.

Andaya lamented that such misleading information would have led to the dismissal of his case, as it would confuse investigators and the courts about the incident.

“Yes, the key information coming from alleged eyewitnesses about the incident [have] gravely misled the public and will also misguide the courts to the prejudice of the victim. This is a clear example of how devious policemen thru their machinations help perpetrators get away with murder,” Andaya claimed.

“I am a lawyer by profession and have experience in police matters regarding the proper reporting of crimes. This is very important for these are the documents that will be used in court. If a crime victim is inexperienced then that person can easily be victimized by these policemen,” he added.

Andaya said that he will submit his official statement only now that the regional command has taken over the investigation of the incident.

“In my specific case, so much information regarding the shooting incident has been released by the Pili Police Office and Provincial Police Command without even asking for my official statement. How can a crime report be issued out when I, the victim, the primary witness, was never approached nor asked by any investigator,” he said.

“Now that the Regional Command has taken over from the Provincial Command regarding the incident, I will now submit my official statement. If this went on unnoticed, my case would have been easily been dismissed for sloppy police work. Conspirators by an indispensable act,” he added.

INQUIRER.net has sought the side of the Police Regional Office 5, but officers have yet to reply as of posting time.

Previously, Andaya has already noted that the incident may be spurred by politics, as his opponents might have been under the impression that he is making a gubernatorial bid in Camarines Sur.

However, he has clarified that he has no intentions of doing so, saying that he will support Vice President Leni Robredo in case she pushes through with plans to run for Camarines Sur governor.