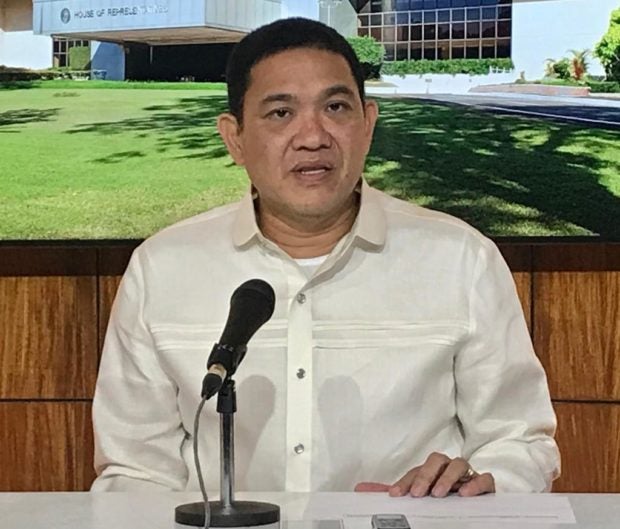 MANILA, Philippines — A week before he was ambushed by still unknown assailants, former Camarines Sur Rep. Rolando Andaya Jr. has had his lone security detail removed, leading him to believe that the attempt on his life is “politically motivated.”

Andaya, who on Tuesday survived an ambush for the second time, said he was driving alone during the incident because his aide was pulled out a week before. Andaya was also ambushed back in 2018 right after filing his candidacy for the gubernatorial post.

He blamed it on the fact that the Naga City police chief, without giving him so much as a by-your leave, pulled out the police security assigned to him. The police detail had been with his late wife when she was still a congresswoman of the district.

(My only security aide was pulled out last week He has been previously assigned to my wife.)

Andaya, now a private citizen, claimed that after the second attempt on his life, the Naga City Police has retained his police detail, but he said questions still remained in his mind.

“My security detail has now been returned (but)  I mean, why would you pull it out, without even giving me the courtesy of notice?” he further said, pointing out that the police are fully aware of the threat on his life, following the first ambush attempt.

He also said the practice of providing security detail has become politicized, as he has been seeing some businessmen or certain individuals getting preferential treatment by police in terms of giving security. INQUIRER.net has sought the Philippine National Police’s comment on this.

The pullout of his security detail, combined with the political atmosphere in his province, Andaya said, made him believe that the circumstances are nothing out of the ordinary.

“I’m stating it for a fact (that this is politically motivated),” Andaya said.

Andaya however stopped short of directly identifying who he believed could be behind the ambush attempt.

When asked to provide a motive for the ambush, Andaya told INQUIRER.net that his political rivals may have been under the impression that he was aiming for a gubernatorial position as at that time, he was in another district to meet with his clients in an alleged land-grabbing case.

(They must think that since I was outside my district I was campaigning as governor. I have no plans as of now to rejoin politics. My candidate for governor is Leni Robredo, who I have promised to campaign for.)

Andaya also noted that some of his allies were also being targeted, such as the staff of an allied mayor in Pamplona, also in Camarines Sur who was ambushed about two weeks ago.

(For us, we are noticing a pattern; many of my allies are being targeted.)