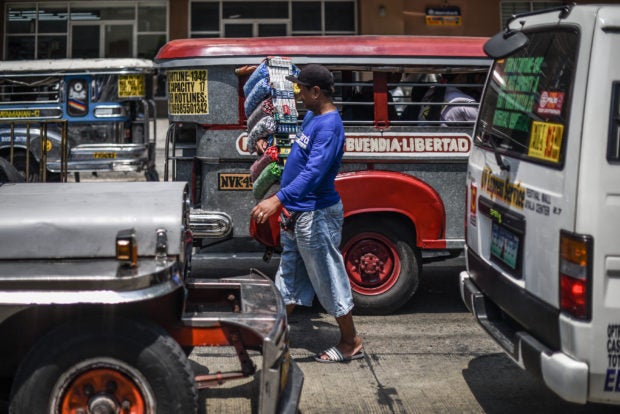 A man sells candies and cigarettes along a road in Manila. (AFP)

MANILA, Philippines—Every June, the Philippines celebrates No Smoking Month, during which Filipinos are being encouraged to stop smoking or consuming tobacco products.

Worldwide, the movement to stop smoking has gained momentum but it would be interesting to know how the now much-derided cigarette came to being.

In 1942, Italian explorer and navigator Christopher Columbus first encountered dried tobacco leaves after it was given as a gift from native Americans.

The Philippines, according to the Department of Agriculture, started cultivating tobacco plants after Augustinian friars brought 6.1289 kilograms of cigar tobacco seeds in as part of major commodities in the galleon trade which lasted until the early 17th century.

Cigarettes, the one being widely produced and consumed until now, were introduced in the United States in the early 19th century, according to the United State’s Centers for Disease and Control Prevention (CDC).

According to the Department of Health (DOH), there are “evident data” pointing to the dangers of tobacco consumption end exposure to tobacco smoke including death, disease, and disability.

Among the harmful effects of cigarette use cited by the DOH include:

A 2018 report by the Southeast Asia Tobacco Control Alliance (SEATCA) said there are at least 107,183 deaths every year in the Philippines caused by tobacco-related diseases. 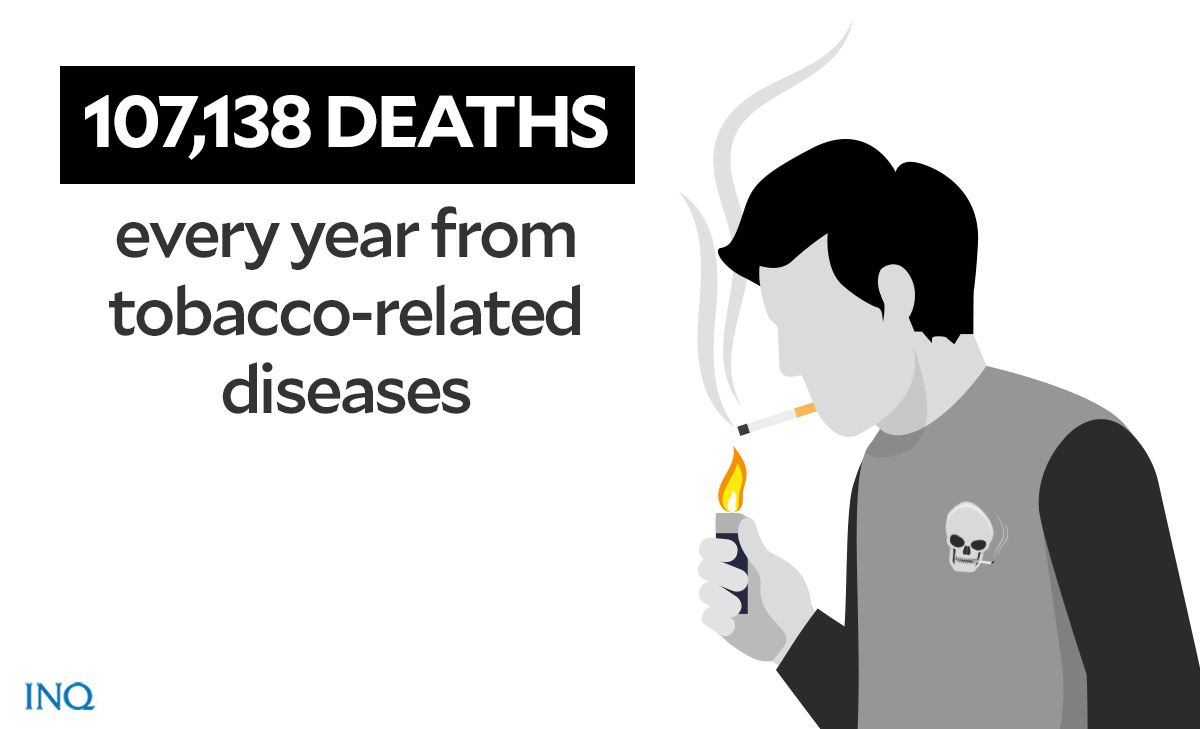 The DOH also said cigarettes or tobacco products contain toxic compounds. Some of these are:

Smokers are also more likely to develop severe cases of COVID-19, which may lead to death, according to a study by the World Health Organization (WHO).

SEATCA, in its The Tobacco Control Atlas: ASEAN Region report, said in 2012, the direct and indirect tobacco-related health care costs in the Philippines reached P177 billion. 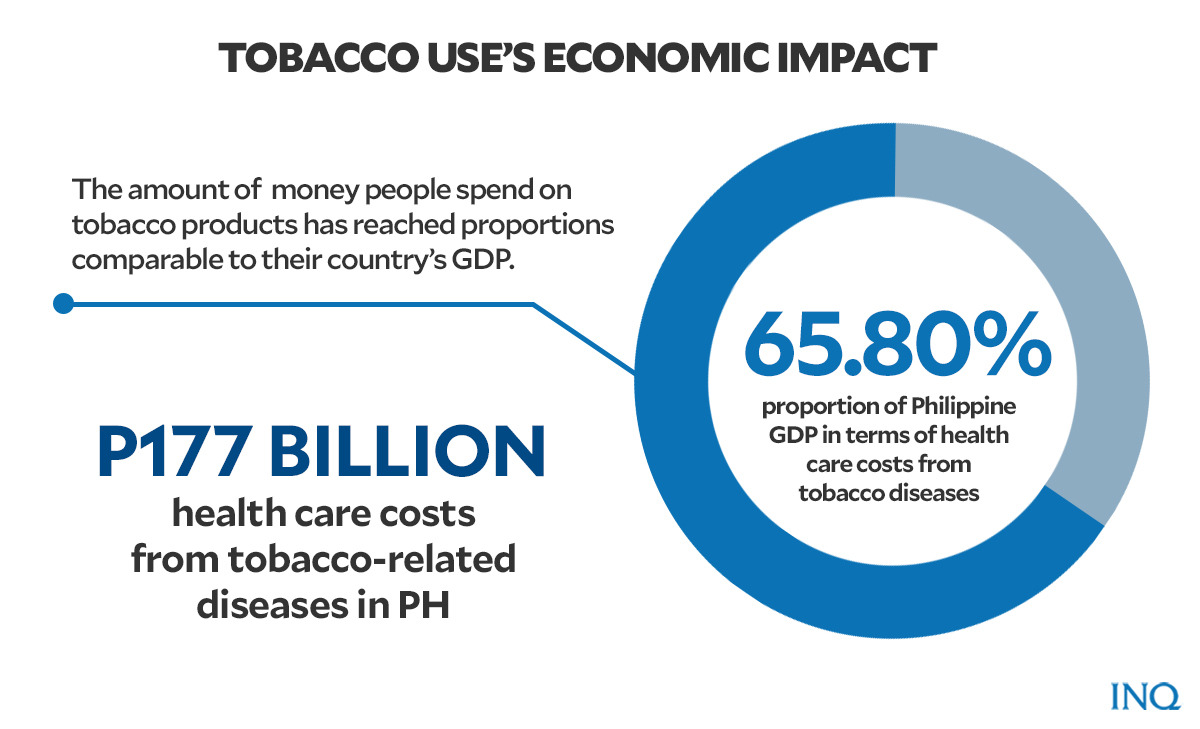 This was roughly 65.80 percent of the country’s gross domestic product (GDP) during the same year.

Data from WHO found that the global total economic cost of smoking—including health expenditures and productivity losses—amounts to US$ 1.4 trillion per year or 1.8 percent of the world’s annual GDP.

“Almost 40% of this cost occurred in developing countries, highlighting the substantial burden these countries suffer,” said WHO.

In 2016, four major tobacco industry players had a huge portion of market share in the Philippines based on SEATCA’s report.

These four local and transnational tobacco companies (TTCs) were:

Other companies gained a total of 8 percent market share during the same period. 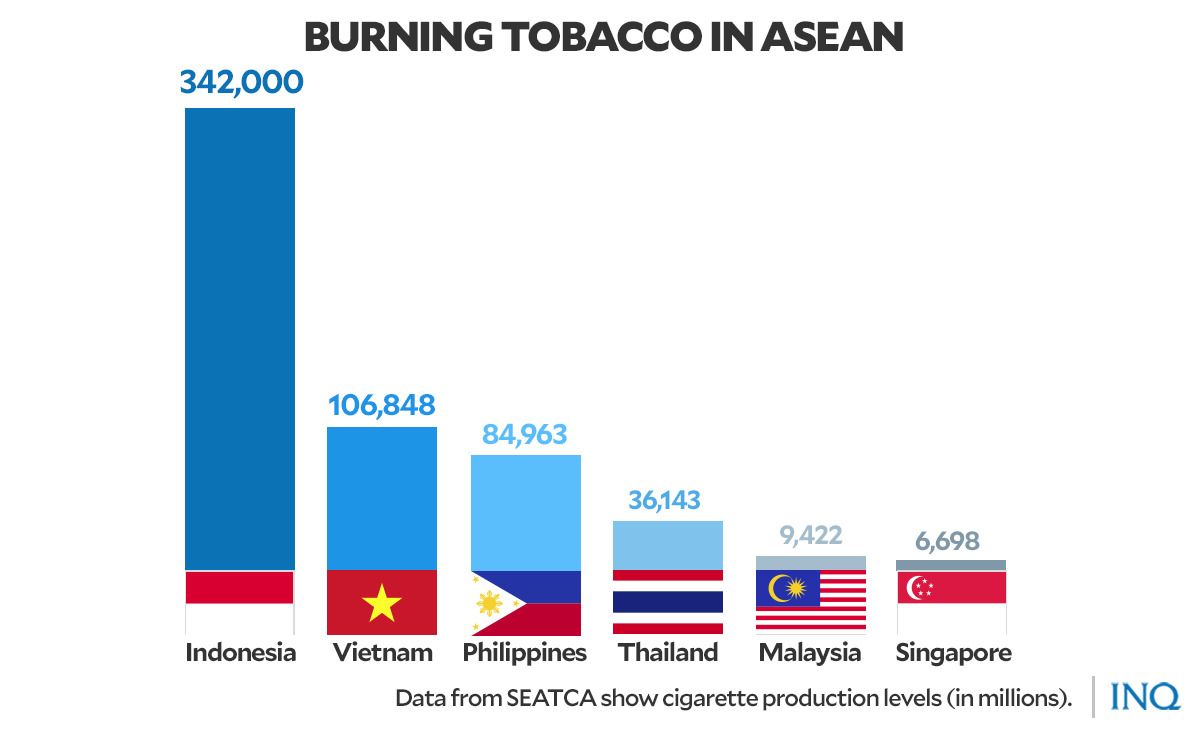 Among Asean countries, the Philippines ranked third with the most cigarette sticks produced.

In terms of sales, the Philippines sold over 70 million cigarette sticks in 2020. Most of it, according to SEATCA, was bought in grocery stores with an estimated 96.4 percent sales in 2015.

The non-governmental alliance also explained that in 2016, there were 694,821 cigarette retailers (excluding street vendors) in the Philippines.

Smokers in the Philippines

Of this, 16,500,000 were from the Philippines. Around 41.9 percent of smokers in the country were male while there were 5.8 percent female smokers.

Smokers in the Philippines started smoking before the age of 20. SEATCA said the average age of smoking initiation in Asean was 17.5 years old in 2015.