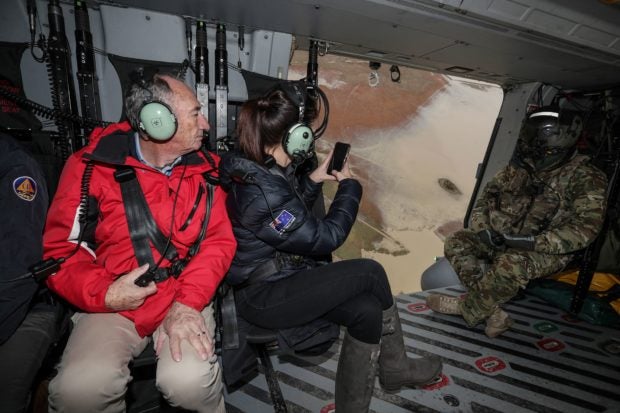 Swollen rivers swept away bridges and landslides blocked highways in the deluge, which finally began to ease on Tuesday after a 72-hour barrage that Ardern described as a once-in-a-century event.

“It’s quite devastating, there’s a lot of work to do — a big clean-up job lies ahead of us,” she told reporters after surveying the damage in a military helicopter.

Entire communities, including 35,000 people in the town of Ashburton, were left isolated by the floodwaters and Ardern said crews were scrambling to restore road and rail links.

“So that’s a real priority. It’s devastating to see what communities will be dealing with for some time to come.”

The official Metservice forecaster said the highest rainfall was at Mount Somers, which recorded 539 millimeters (21.2 inches) over the three-day period.

While hundreds of people were forced to evacuate, there have been no reports of serious injuries.