Mayors ask for more jabs outside NCR Plus 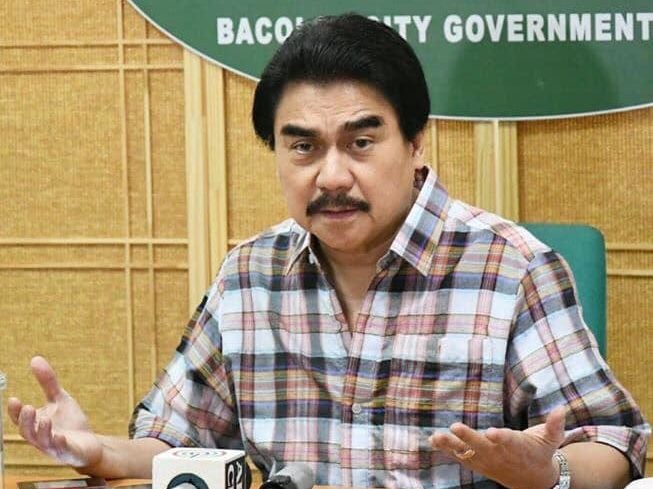 MANILA, Philippines — The national organization of city mayors on Friday appealed to the administration to include more areas as priority recipients of COVID-19 vaccines following a surge in cases in many localities outside the National Capital Region (NCR).

“We deem that the preemptive action of distributing vaccines to a broader number of cities will prevent a potential new wave of case surges throughout the Philippines,” the League of Cities of the Philippines (LCP) said in a May 28 letter to Secretary Carlito Galvez Jr., who leads the national vaccination program.

The LCP urged the national government to distribute the incoming vaccine shipments to places where infections had been rising and which were outside the so-called NCR Plus 8— Bulacan, Cavite, Laguna, Rizal, Pampanga, Batangas, Metro Cebu, and Metro Davao.

The new high-risk areas where there have been an increase in COVID-19 cases are Batangas and Pampanga, and some parts of Cagayan Region and Cordillera Administrative Region.

Mimaropa and Western Visayas regions, including the cities of Calapan, Bacolod, and Iloilo, also reported surges.

The LCP officials said they recognized the national government’s task of striking a “delicate balance” between distributing vaccines to current hot spots and allocating them to emerging high-risk areas. They said they would “bank on the expertise” of national bodies “to make evidence-based decisions in identifying the priority areas in addition to the initial list” of places targeted for priority vaccination.

The independent OCTA Research group observed the downtrend in cases in NCR over the past week, but noted a surge, especially in the Visayas and Mindanao.

In a related remark on Friday, Health Undersecretary Maria Rosario Vergeire at a press briefing said that while the number of deaths had declined in NCR Plus 8, “we can see that there is an increase in deaths in other parts of the country.”

OCTA reported a very high average daily attack rate in Puerto Princesa City in Palawan of 21.71 infections per 100,000 population. The city also has a very high positivity rate of 84 percent.

The cities of General Santos and Butuan had 12.32 and 10.52 infections per day for every 100,000 people, respectively, over the past week, above the threshold of 10 infections in order for a locality to be classified as high risk.

With an average daily attack rate of 5.12 infections per 100,000 population in Davao and 3.55 in Cebu, the two cities are still classified as moderate risk.

As the government deals with the proper allocation of the limited number of vaccines it has on hand, the Inter-Agency Task Force for the Management of Emerging Infectious Diseases (IATF), the temporary government body managing the pandemic, expanded the number of people in the highest priority group (A1) that should receive shots.

In its Resolution 117 on May 27, the IATF included in the A1 category overseas Filipino workers (OFWs) set to be deployed within the next four months and the immediate family members of health workers who were in the first priority for vaccination.

No reason was given for including the health workers’ next of kin and OFWs in the A1 category or how many of them would be added to the original 1.7 million frontline health workers in the top priority.

Earlier the IATF included about 1,700 mayors and governors in the priority and called them the “A1.5” group for being on the front-line of the battle against the severe respiratory disease.

‘Seemingly on a whim’

Immediate family members are parents, siblings, spouses, and children. Except for children under 18, some may already be in line for vaccination as they could be seniors (A2 category) or people with underlying illnesses, or comorbidities (A3).

Katrina Marie Hernandez, a 31-year-old physician, said she took advantage of the new policy and told her brother to sign up for his shots.

But she had hoped the government thought out its inoculation plan better.

“I wish they’d stop changing the priority lists seemingly on a whim,” she said, adding the A1.5 listing was “suspicious” as it coincided with the arrival of more vaccines, including US-made Pfizer.

Marlon Rabanal, a nurse at a Taguig hospital welcomed the IATF decision.

“The protection of my loved ones, through vaccination, would make me feel at peace,” he said.

Rabanal’s senior parents were already vaccinated but his siblings were not, and they would benefit from the new rule. A4 category

The IATF also said the vaccination of people in the A4 category may start in June and the focus would be in the NCR Plus 8 areas.

The A4 group includes private sector workers required to be physically present at their designated workplaces; employees in government agencies, including government-owned and -controlled corporations and local governments; and informal sector and the workers who may be required to work outside their residences, and those working in private households.

Local governments may prioritize the vaccination of those between 40 to 59 years old over those who are 18 to 39 years old.

The DOH on Friday reported 8,748 new COVID-19 cases, the second-highest number of new infections for the month.

It was also the first time in nearly three weeks that cases breached the 8,000 mark, increasing the country’s total case count to 1,209,154.

Read Next
Kosovo buys first coronavirus vaccines as it speeds up rollout
EDITORS' PICK
After Olympic win, PAF promotes Hidilyn Diaz to staff sergeant
Nesthy Petecio assured of Olympics bronze, ousts Colombian foe
Connect to PH’s fastest network with new Signature Plan Lite at only P599 per month
Harnessing technology for quality education
Trillanes: No Magdalo support if Robredo gives way to Lacson
Tips for a cheerful life
MOST READ
Philippines to bring home multiple Olympic medals for first time since 1932
Isko for 2022? Manila mayor takes a swipe at Duterte in live broadcast
Lacson bares talks with Robredo ahead of 2022 polls
Why is Taiwan not called Taiwan at the Olympics?
Don't miss out on the latest news and information.