In play of numbers, PH near bottom of vaccination rate 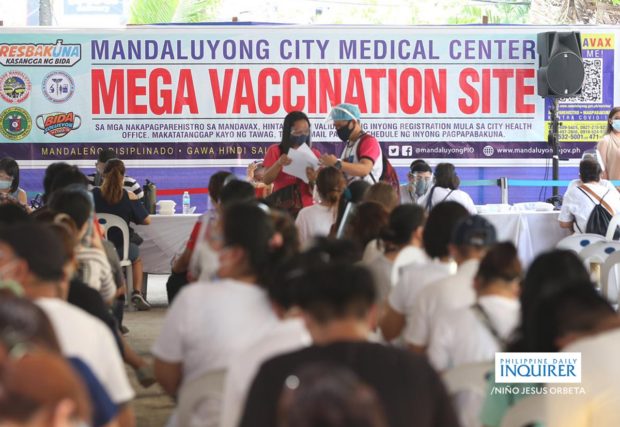 Health Secretary Francisco Duque and vaccine czar Carlito Galvez Jr. quickly sifted through papers and declared that the Philippines was second in Southeast Asia in rate of vaccination.

Last week, Malacanang also released a graph showing that the Philippines was second among Asean member-countries in the number of coronavirus vaccines administered.

It wasn’t clear where Malacanang got its data, but numbers compiled by the Our World in Data project of the prestigious University of Oxford showed the same claims.

Vaccination ranking as of May 22, according to Our World in Data was:

While the list showed that the Philippines has administered more vaccine doses than other countries, the numbers don’t mirror reality in the overall vaccination rate in Asean.

DOH says PH vaccination ranks 3rd in ASEAN, but data not based on population

The World Health Organization (WHO), in a report on vaccination published last March, listed two indicators for measuring the success of a vaccination program:

“The difference between these two concepts is that uptake expresses vaccination activity over time, while coverage expresses the resulting protection among a population,” WHO explained.

Following the indicators and using the latest data by the Our World in Data project, the vaccination rate in Asean is shown in this table: 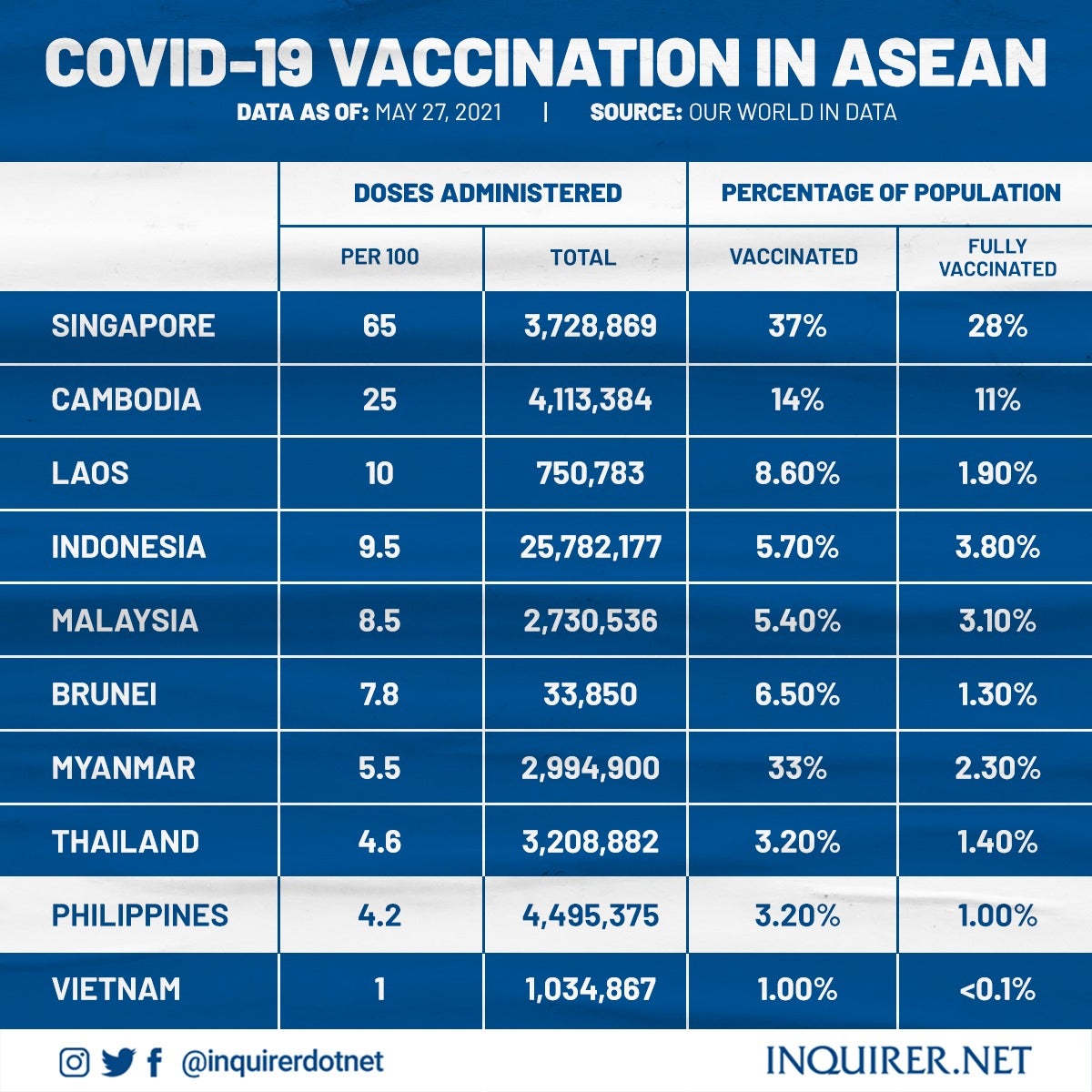 Contrary to the charts earlier released by the government, the Philippines is second to the last on the list of Asean countries that have administered vaccines per 100,000 population.

The Philippines’ ranking, in fact, dropped from its previous 8th place, according to a graph posted on the Twitter page Philippines Vaccine Tracker last April 28.

It should also be noted that while Vietnam has the slowest vaccination rollout on the list, it has the lowest number of COVID-19 cases in the region.

Data from the Philippines’ National Task Force (NTF) against COVID-19 showed that as of May 25,  out of the 8,279,050 available vaccine doses in the country, a total of 4,495,375 had already been administered nationwide. 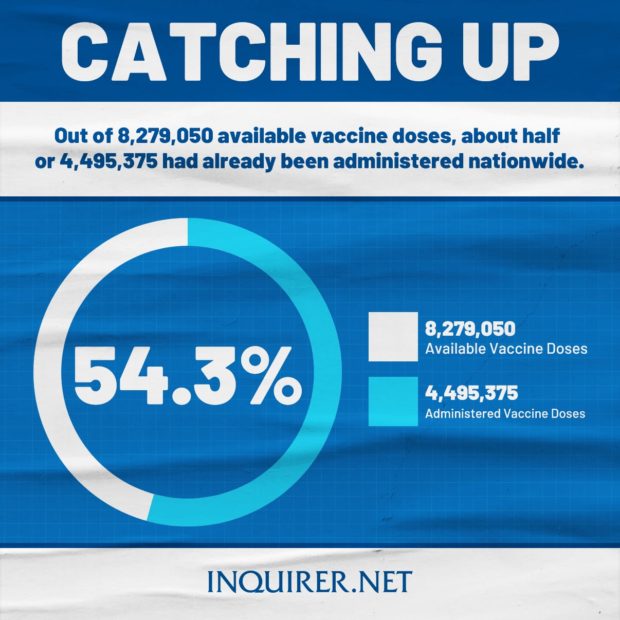