Pagasa not discounting possibility of LPA developing into tropical cyclone 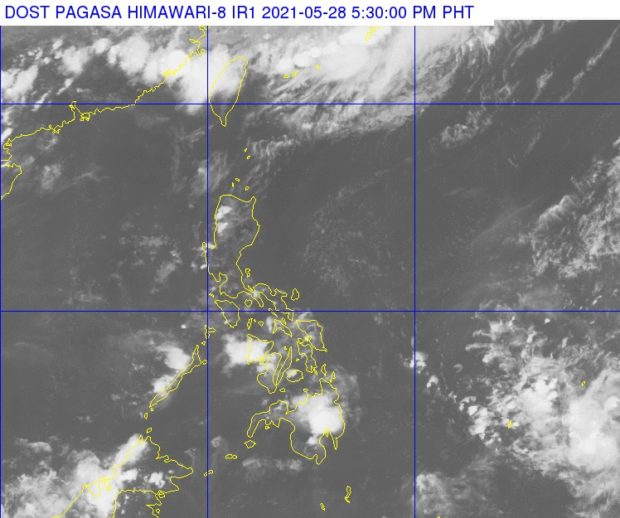 Satellite image of the LPA outside the Philippine Area of Responsibility. Image from Pagasa

MANILA, Philippines — The low pressure area (LPA) outside the Philippine area of responsibility (PAR) is not yet expected to intensify as a tropical depression, but state meteorologists are not discounting the possibility of it gaining strength in the next few days.

Latest reports from the Philippine Atmospheric, Geophysical and Astronomical Services Administration (Pagasa) on Friday showed that conditions over the Pacific Ocean, where the LPA is right now, remains favorable to the formation of tropical cyclones.

(The LPA has a big chance of entering our area of responsibility in the coming Sunday, but it is still not expected to intensify as a storm in the next few days.) 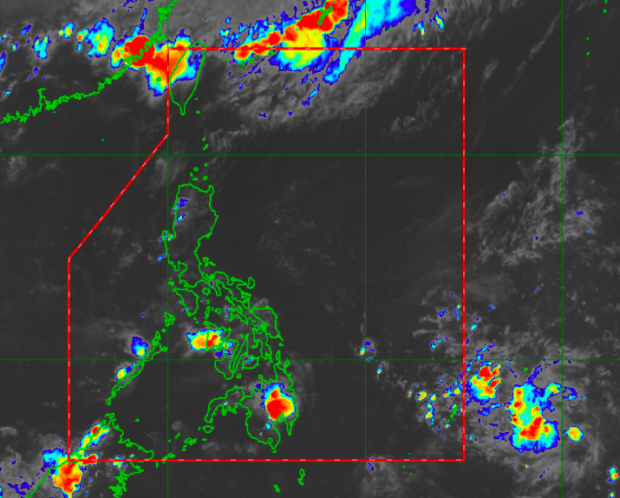 (However, we are not discounting the possibility that the LPA becomes a storm in the following days because conditions in the Pacific Ocean are still favorable, and the location of the LPA means it may develop into a cyclone in the next few days.)

Pagasa maintained that a low pressure area or a cyclone can actually trigger the onset of the country’s rainy season, which the weather bureau’s climatology section previously said may start by the first or second week of June.

But for Saturday, weather may still be hot and humid due to the prevalence of the easterlies, with some areas experiencing isolated rain showers.

Temperatures over Metro Manila would be high at 26 to 34 degrees Celsius, Tuguegarao with 26 to 29 degrees, Laoag and Puerto Princesa with 25 to 33 degrees, and Legazpi at 27 to 33 degrees.

Visayas and Mindanao would also be hot as the effects of the intertropical convergence zone wanes.  Iloilo and Tacloban would have temperatures of 26 to 32 degrees Celsius, Cebu with 25 to 32 degrees, Zamboanga with 24 to 34 degrees, Cagayan de Oro with 23 to 32 degrees, and Davao with 26 to 33 degrees.

No gale warning has been raised as of now, which means fisherfolk and small boat operators can set sail in any part of the country.