1 cop killed, 8 others wounded, 2 missing in clash with NPA in Occidental Mindoro 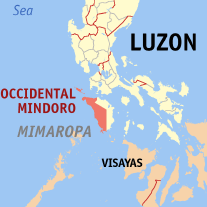 CITY OF CALAPAN –– The Philippine National Police suffered a setback after a clash Friday with suspected New People’s Army (NPA) rebels in Magsaysay town of Occidental Mindoro that left one policeman dead, eight wounded, and two others missing.