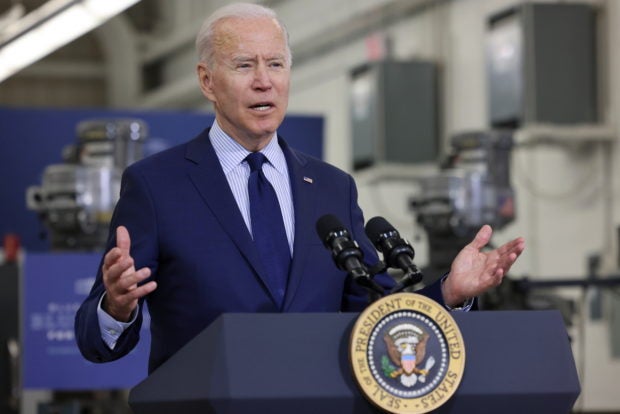 Climate activists had previously said they were encouraged that upon taking office in January, President Joe Biden signed an order to rejoin the Paris Accord and revoked federal permits for the Keystone XL oil pipeline. Both issues were priorities for environmental activists.

However, the administration’s backing of the Alaska oil drilling project on Wednesday brought scathing criticism from environmental groups.

“It is a serious misstep to pass on administrative authority to constrain an out-of-control oil industry while simultaneously punting to a deadlocked Congress for climate action,” John Noel, a senior climate campaigner with Greenpeace USA, told Reuters.

In February, an appeals court blocked construction of ConocoPhillips’ $2 billion-plus Willow crude oil project in Alaska. Wednesday’s backing of the project by the Biden administration in a court filing comes after Interior Secretary Deb Haaland had opposed the project last year when she was a member of Congress.

The project has been pushed by Alaska Senator Lisa Murkowski, a Republican, who along with another Republican senator, Dan Sullivan, discussed the project during a meeting with Biden on Monday, according to Politico.

“They are opening up a lane for the oil and gas industry to cause irreparable harm to Arctic communities’ public health and wildlife habitats,” Gregory Stewart, legal chair of the executive committee of the Alaska chapter of the Sierra Club, told Reuters in an email.

Another environment group, Earthjustice, said the oil drilling project is at odds with Biden’s historic climate leadership while the Alaska Wilderness League said the decision ignored the concerns of indigenous communities and was “incredibly disappointing”.

Biden had united a range of U.S. environmental groups behind his successful presidential campaign, with the groups pouring money and effort into his run for president.

Environmental political action committees, including the League of Conservation Voters, the Sierra Club, EDF Action and the Sunrise PAC, spent more than $1.5 million in the 2020 federal election cycle – mostly for Biden and other Democrats.

The Trump administration approved the Willow development plan in October. Permits to mine for gravel and build roads were issued on the morning of Jan. 20, just before Biden was sworn in as the 46th president.

Environmental groups had sued late last year, making the argument that the government failed to take into account the impact that drilling would have on fragile wildlife.