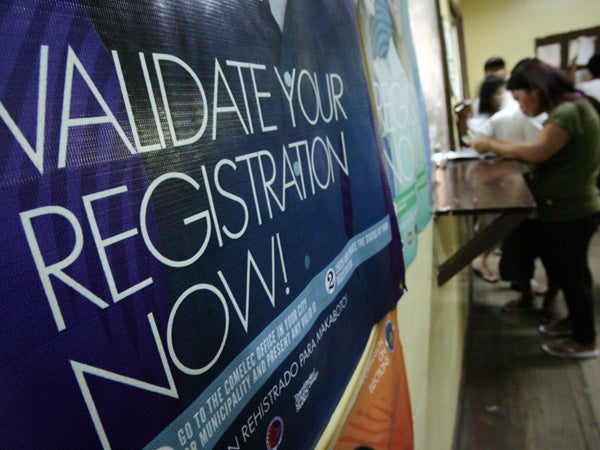 The minority bloc in the House of Representatives wants the Commission on Elections to set up more satellite registration centers for 2022. INQUIRER FILE PHOTO

MANILA, Philippines — The minority bloc in the House of Representatives is urging the Commission on Elections (Comelec) to establish more satellite registration centers in the country for people wishing to register for the 2022 national and local elections.

Under House Resolution No. 1796 filed on Tuesday, a copy of which was sent to the media on Wednesday, the minority lawmakers said that the coronavirus pandemic had made it harder to sign up an estimated four million new voting registrants as well as another one million projected for activation of deactivated registrants.

“We have received reports of low turnout of new registrants due to incapacity of the Comelec in accommodating our citizens who wish to register as voters,” the minority lawmakers said in the resolution.

In citing data from the Philippine Statistics Authority, the lawmakers said 73 million Filipinos would be 18 and over by 2022, of which 15 million would still need to be accounted for next year’s elections.

“There is a need to increase the capacity of the Comelec by increasing registration centers nationwide,” the lawmakers said.