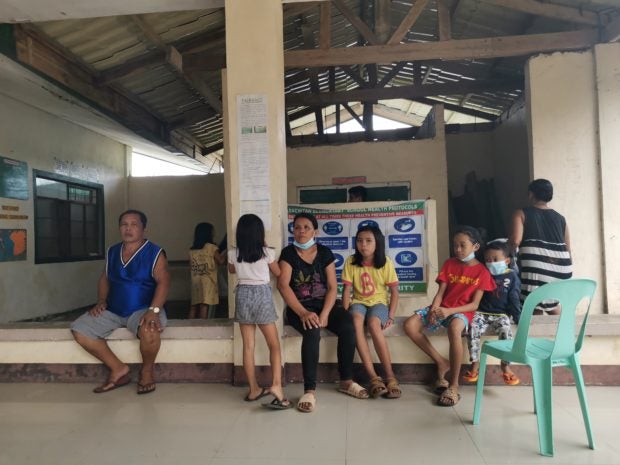 BILAR, Bohol –– Anita Jamili-Adlawn trembled in fear when she suddenly woke up to sounds of gunfire in Barangay Cabacnitan here early Tuesday.

Her children told Adlawn, 82, to flee to the Cabacnitan barangay hall, a kilometer away from their house.

“I was so terrified,” she told the Inquirer in an interview at Cabacnitan Barangay Hall where she and 52 other families were temporarily evacuated.

At least five suspected members of the New People’s Army (NPA) were killed in an encounter with government troops on Tuesday.

1Lt. Elma Grace Remonde, spokesperson of the Civil-Military Operation Officer of the 47th Infantry (Katapatan) Battalion, said the soldiers were patrolling the area around 5:30 a.m. when alleged members of the NPA fired at them, prompting them to retaliate.

The clash lasted for about two hours.

Village chair Zosima Sumagang said she too was anxious when she heard the gunfire.

“We did not expect that,” she said.

Evacuees were given food packs from the municipal government.