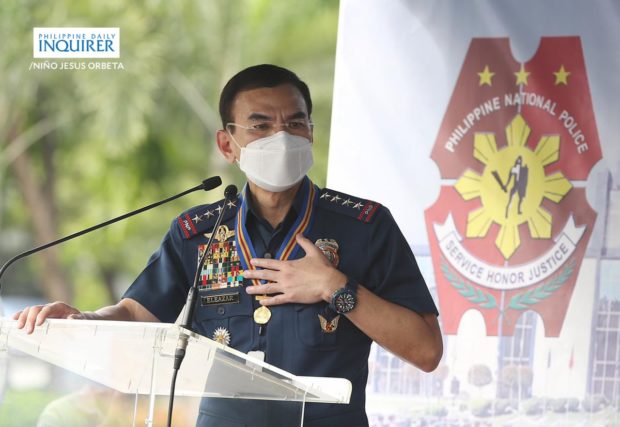 MANILA, Philippines — The use of detainees in anti-drug operations is not permitted unless there is a court order allowing it, Philippine National Police (PNP) chief Gen. Guillermo Eleazar reiterated on Wednesday.

The issue emerged after a Senate inquiry called the attention of authorities on the use of a detainee to pose as a buyer in a February encounter between PNP and Philippine Drug Enforcement Agency, which led to the death of four people.

“That’s not allowed, that’s why investigation has been conducted and we have given directive reminding our personnel na [that], if you want information, you can get information but you need a court order or the permission from the court to bring out any detainee under your detention or custody,” he said over ABS-CBN News channel when asked about the PNP’s policy about the move.

PNP spokesperson Brig. Gen. Ronaldo Olay told INQUIRER.net that policemen who are proven to use detainees in drug operations could face an administrative case.

“Oo [Yes], that is a serious irregularity in the performance of duty,” Olay said in a brief phone call.

Eleazar also vowed to “conduct an efficient investigation [so that] these things that are in violation of protocols, policies and laws should not be resorted to by our police investigators.”