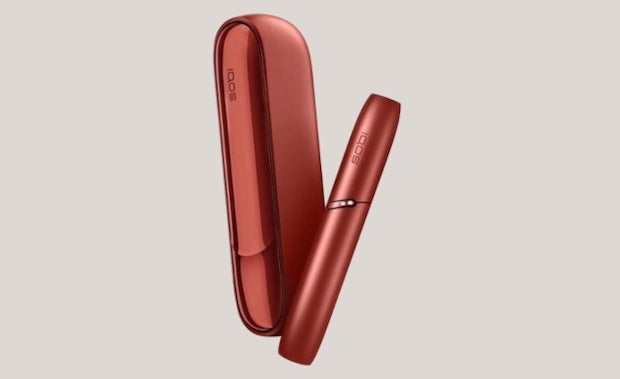 The House approved the bill – which recognizes tobacco harm reduction as a public health strategy — on third and final with a total of 192 affirmative votes.

MANILA, Philippines – A bill regulating the manufacture, sale, and use of less harmful alternatives to cigarettes — such as vapes and heated tobacco products (HTPs) — cleared the House of Representatives on its third and final reading on Tuesday.

The House passed House Bill No. 9007 – or the proposed “Non-Combustible Nicotine Delivery Systems Regulation Act” — with 192 of its 300 representatives voting for it — with only 34 voting against it and four abstaining.

The bill — which was co-authored by 154 representatives — seeks to reflect a public health strategy based on the principle of tobacco harm reduction, which is supported by, among others, the Royal College of Physicians in the United Kingdom, according to AKO Bicol Rep. Alfredo A. Garbin Jr., one of its co-authors.

The bill also aims to fill gaps in the regulation of vapes and HTPs, which have been gaining popularity among consumers, according to AAMBIS-OWA Rep. Sharon S. Garin, one of its sponsors.

“Thus, this bill when passed into law, will provide for a holistic regulatory framework for vapor products and HTPs that takes into consideration and balance the interests of the general public, along with the stakeholders most interested in their use and sale,” Garin said.

Several consumer groups and industry stakeholders issued a joint statement shortly after the passage of the bill, welcoming it as “balanced and objective” legislation.

According to the statement, there are nearly a million Filipino consumers of vaporized nicotine products, most of them former cigarette smokers.

Following are the reactions included in the statement:

“The proposed act will legitimize the market of vaporized nicotine products which means that consumers will have better protection. We hope that the Senate will also support this bill to provide millions of Filipino smokers with less harmful alternatives to combustible cigarettes.” — Clarisse Virgino, the Philippine representative of CAPHRA

“The passage of House Bill No. 9007 is a win for Filipino consumers who have been long fighting for our voices to be heard. We laud the House of Representatives for finally recognizing our rights to choose less harmful products such as e-cigarettes and HTPs.” — PECIA President Joey Dulay

“We welcome the passage of HB 9007 by the House of Representatives which has shown its resolve to promote a progressive health policy that respects our rights as nicotine consumers and at the same time provides us options to switch to alternative nicotine products.  We hope that the Department of Health and the Food and Drug Administration will also take the cue from Congress in recognizing harm reduction as a public health strategy.” — NCUP President Anton Israel

“We would like to thank our congressmen for looking at scientific evidence in coming up with a bill that would provide Filipino adult smokers a choice to switch to less harmful alternatives to combustible cigarettes.” —Vapers PH President Peter Paul Dator

According to Garin,  the provisions of the bill were tackled extensively by the Joint Committees of Trade and Industry and Health and were approved with an overwhelming 102 affirmative votes with only 12 negative votes and two abstentions.

“We envision that this bill will contribute in the protection of public health, not only for the non-smokers but also for the current adult Filipino smokers,” Garin said.

The bill includes the following provisions

Manufacturers, importers, and distributors also have to comply with certain packaging and health warning requirements. Among other things, the health warning will have the words: “This product contains nicotine which is a highly addictive substance.” All e-liquid receptacles have to be child-resistant, tamper-resistant, and protected against breakage and leakage.

Use of the alternative products will be prohibited in all enclosed public places except in designated vaping areas. Indoor use of the products is prohibited in schools, hospitals, government offices and facilities intended for minors.

The sale or distribution of these products within 100 meters from any point of the perimeter of a school, playground, or other facility frequented by minors shall also be prohibited.

Manufacturers are prohibited from sponsoring any sport, concert, or cultural or art event.

It requires the designation of vaping areas which shall not be larger than 20 percent of total floor area of the building or conveyance but s¬hall not be less than 10 square meters.

Online sale or e-commerce involving these products is allowed.

Once the bill is signed into law, the Department of Trade and Industry (DTI) will issue the implementing rules and regulations within 90 days from the date of effectivity. The DTI will do this in consultation with the Department of Health, National Tobacco Administration, and other relevant government agencies.