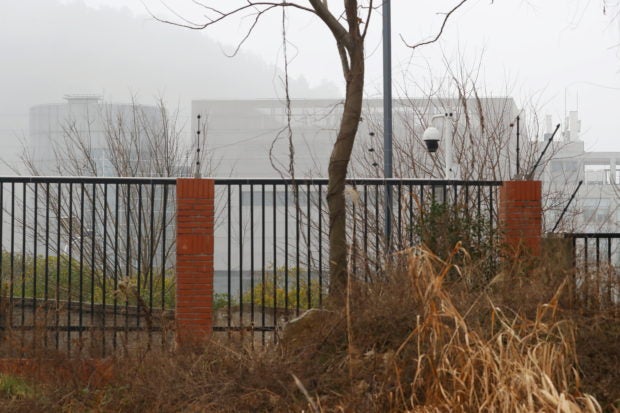 FILE PHOTO: The P4 laboratory of Wuhan Institute of Virology is seen behind a fence during the visit by the World Health Organization (WHO) team tasked with investigating the origins of the coronavirus disease (COVID-19), in Wuhan, Hubei province, China February 3, 2021. REUTERS/Thomas Peter/File Photo

WASHINGTON — U.S. intelligence agencies are examining reports that researchers at a Chinese virology laboratory were seriously ill in 2019 a month before the first cases of COVID-19 were reported, according to U.S. government sources who cautioned that there is still no proof the disease originated at the lab.

It remained unclear whether these researchers were hospitalized or what their symptoms were, one of the sources said. The virus first appeared in Wuhan and then spread worldwide.

“We don’t have enough information to draw a conclusion about the origins” of the coronavirus, White House Press Secretary Jen Psaki told a news briefing on Monday. “We need data. We need an independent investigation. And that’s exactly what we’ve been calling for.”

Information about the researchers was published in the Wall Street Journal on Sunday.

The origin of the virus is hotly contested. In a report issued in March written jointly with Chinese scientists, a World Health Organization-led team that spent four weeks in and around Wuhan in January and February said the virus had probably been transmitted from bats to humans through another animal, and that “introduction through a laboratory incident was considered to be an extremely unlikely pathway.”

The hypothesis that the virus escaped from a Chinese lab has been promoted on some conservative websites, and by some Republicans in the U.S. Congress. U.S. intelligence agencies have not reached their own determination on the cause.

The U.S. State Department published a “fact sheet on COVID-19 and the Wuhan lab on Jan. 15, 2020, five days before Trump left office, based in part on information in the classified report, sources said. Trump as president referred to the pathogen as the “China virus” and the “China plague.”

The Central Intelligence Agency, National Security Agency and defense intelligence components contributed to both the public fact sheet and classified report, the sources said. Both were assembled by the Office of the Director of National Intelligence.

The classified report is regarded as valid by current U.S. government agencies, experts investigating the origins of COVID-19 and by officials in President Joe Biden’s administration.

U.S. agencies are concerned that WHO representatives have been unable to conduct independent investigations inside China into COVID-19’s origins, and are therefore wary of WHO findings, one U.S. government source briefed on these investigations said.

“We continue to have serious questions about the earliest days of the COVID-19 pandemic, including its origins within the People’s Republic of China,” a spokesperson for the White House National Security Council said.

In their own report on the origins of COVID-19 issued last week, Republican members of the U.S. House of Representatives intelligence committee asserted that there was “significant circumstantial evidence” suggesting COVID-19 “may have been a leak” from the Wuhan lab.

Such evidence included information indicating “several researchers” at the lab got COVID-19 symptoms in the fall of 2019, the report said.

The WHO, which opened its annual ministerial assembly on Monday, has not announced any follow-up to the Wuhan mission but member states may raise concerns in speeches to the week-long forum. U.S. Health and Human Services Secretary Xavier Becerra is due to address it on Tuesday.

The pandemic has killed more than 3.4 million people worldwide.