SHE URGES THE POLICE LEADERSHIP TO INVESTIGATE THE MATTER
By: Christia Marie Ramos - Reporter / @CMRamosINQ
INQUIRER.net / 04:50 PM May 24, 2021 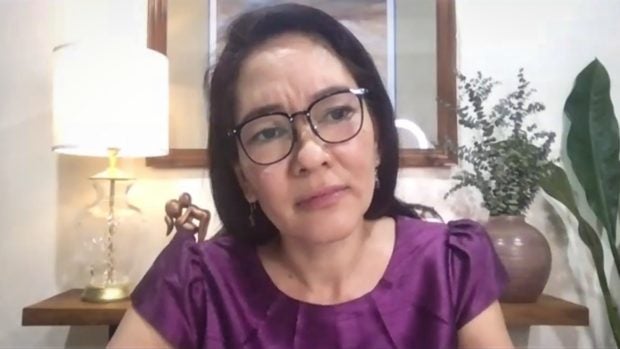 MANILA, Philippines — Senator Risa Hontiveros on Monday raised an issue on the alleged police practice of using detainees when conducting anti-illegal drug operations and called for an investigation on the matter.

During a hearing of the Senate public order and dangerous drugs committee, Hontiveros presented a video clip of a supposed female detainee who admitted to working with the police during an anti-narcotics operation at a Quezon City mall parking lot last week, which resulted in a recent near “misencounter” between members of the Philippine National Police (PNP) and Philippine Drug Enforcement Agency (PDEA).

Hontiveros said her office received the video clip from a witness.

(Is it the common practice of our police officers to tap detainees to help them in anti-illegal drug operations? Is this standard operating procedure? It seems reality is stranger than fiction.)

(The PNP leadership should investigate this serious allegation. If we want public order, protocols should be orderly and strategic. The police should not conduct such operations based on their whims.)

Due to a technical issue, there was no audio that accompanied the video clip presented during the hearing.

The senator’s office later sent a transcript of the video to reporters.

The woman in the video said that she was detained on February 3 but when asked why she was able to leave her detention cell, she answered: “May trabaho po kasi kami [We have a job to do].”

(It’s clear that we don’t have a clean and robust system in eradicating the drug problem. Instead of using a health-based or justice-based approach, it seems that we resort to shootouts, even our own police are placed in danger. Our own countrymen are dying. There needs to be a better way.)

The senator pointed out that this is not the first time that a detainee claimed to be part of anti-illegal drug operations.

She cited reports which stated that the deadly shootout between PNP and PDEA officers last February also revealed that another detainee identified as Jonaire Decena was used by the police to pose as a buyer from a target drug seller.

Two PNP officers were killed during this “misencounter” with PDEA agents. The said incident is the focus of Monday’s hearing conducted by the Senate committee.

Hontiveros previously filed Senate Resolution No. 667, which called for an inquiry, in aid of legislation, into the current law enforcement protocols in order to avoid future “misencounters.”

She said that the investigation into these incidents should also look into officers who are illegally executing operations.