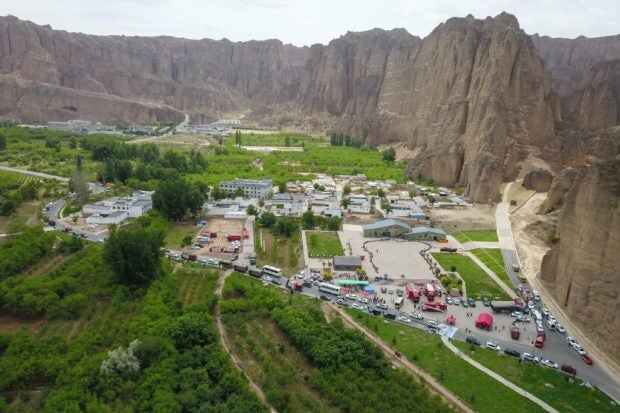 This aerial photo taken on May 23, 2021 shows rescue vehicles preparing to leave after finishing search for runners who were competing in a 100-kilometer cross-country mountain race when extreme weather hit the area, leaving at least 20 dead, near the city of Baiyin, in China’s northwestern Gansu province. (Photo by STR / AFP) / China OUT

BEIJING — An investigation was underway Monday into the deaths of 21 runners during a mountain ultramarathon in northwest China, as harrowing testimony emerged from survivors who battled to safety through freezing temperatures and bone-chilling winds.

Provincial authorities have set up an investigation team to look into the cause of the incident, state media reported, as questions swirled over why organizers apparently ignored extreme weather warnings from the city’s Early Warning Information Center in the lead up to the race, which attracted 172 runners.

Survivors gave shocking testimony of events on the rugged mountainside, where unconfirmed meteorological reports to local media said temperatures had plunged to as low as minus 24 degrees Celsius (minus 11 degrees Fahrenheit).

“The wind was too strong and I repeatedly fell over,” wrote race participant Zhang Xiaotao in a Weibo post.

“My limbs were frozen stiff and I felt like I was slowly losing control of my body… I wrapped my insulation blanket around me, took out my GPS tracker, pressed the SOS button and lost consciousness.” 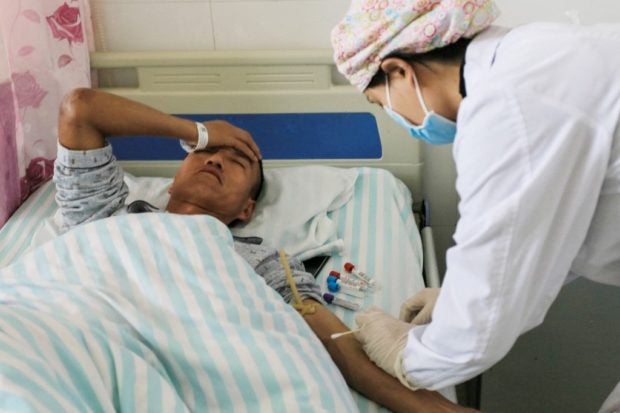 This photo taken on May 23, 2021 shows a runner receiving treatment at a hospital after surviving from extreme weather when competing in a 100-kilometer cross-country mountain race, near the city of Baiyin, in China’s northwestern Gansu province. (Photo by STR / AFP) / China OUT

He said when he came round he discovered a shepherd had carried him to a cave, placed him by the fire and wrapped him in a duvet.

‘Foaming at their mouths’

They “described to us people foaming at their mouths, and urged us to quit the race as soon as possible,” she said.

Other survivors said insulation blankets provided by organizers were blown to shreds by strong winds.

One told state media as he battled down the mountain he saw many people lying on the ground, some he believed to be dead.

Gansu province, which includes part of the Gobi desert, is often subject to extreme weather conditions including sandstorms.

The Gansu Meteorological Bureau had warned of “sudden heavy showers, hail, lightning, sudden gale-force winds” and other adverse weather conditions across the province in a report dated Friday.

Fury mounted on Chinese social media after the disaster, with many users blaming organizers for poor contingency planning.

More than 84 million viewed the hashtag “Is the Gansu marathon accident natural or man-made?”, while 130 million scoured a thread around safety concerns for marathons and cross-county races.

“This is purely a man-made disaster,” wrote one.

The previous management model for safety in races “had some problems and deficiencies”, the sports administration said in a readout published Monday, and said all organizations would now have to set up detailed contingency plans and a mechanism to halt the event quickly if needed.