The woman behind JPE 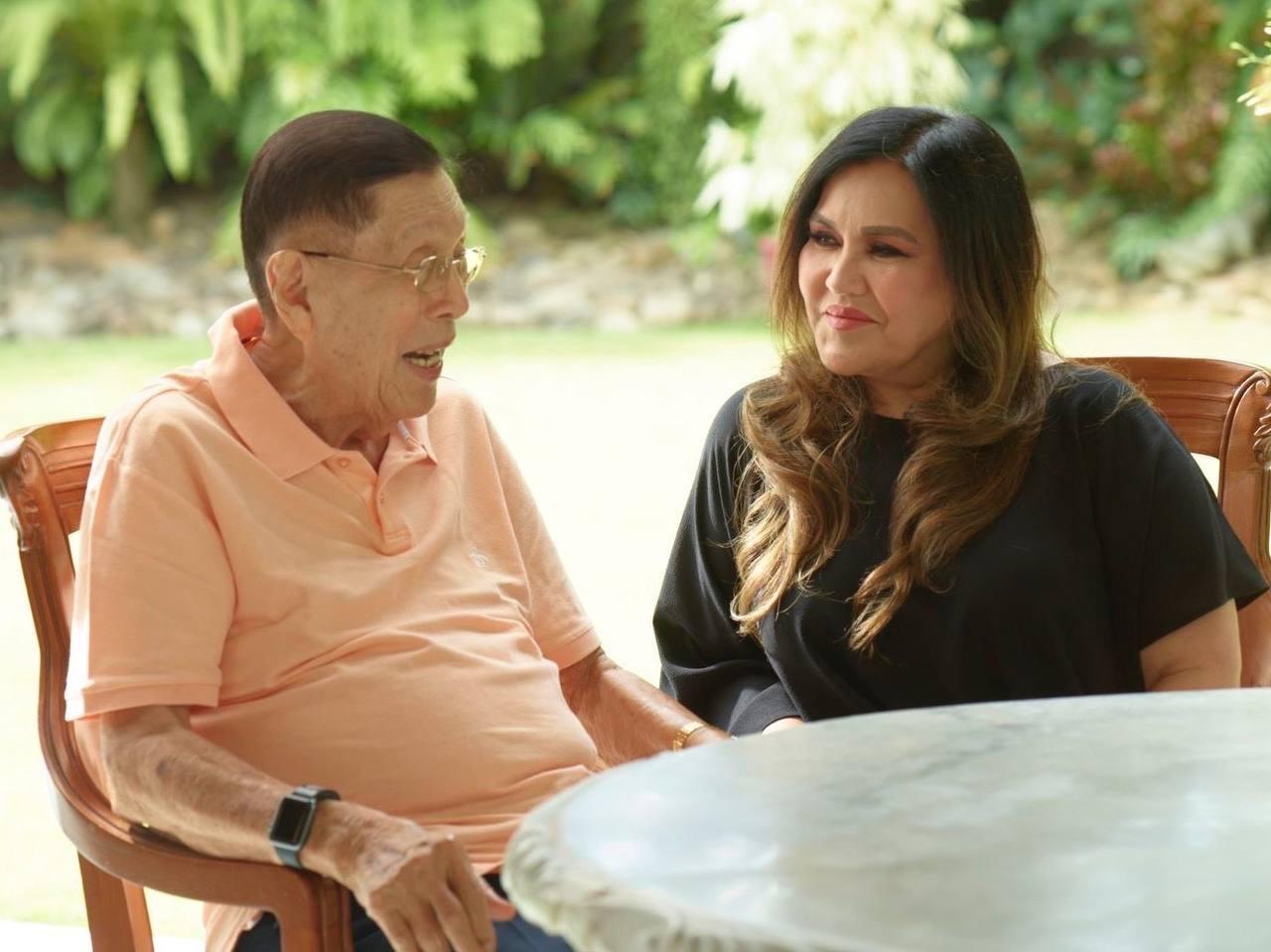 They say that behind every great man is a woman.

The whole nation saw that when former Senate President spoke with President Rodrigo Duterte last May 17. 2021, broadcasted and streamed online for the whole world to see, Katrina sat closely behind her father.

“I was there mainly to assist my dad. As everyone knows, he is 97 years old already. I am with my father almost everyday and we speak freely about many things. That day, I was a mere spectator. I just wanted to make sure that dad heard the President correctly,” Katrina told INQUIRER.net.

The conversation between President Duterte and Enrile mainly focused on the issue of the West Philippine Sea (WPS) wherein the former Senate President and Defense Minister said the Chief Executive’s handling of the issue is the “right approach.”

Prior to the meeting with the President, Katrina said her father did not discuss anything about it.

“As a matter of fact since the invitation became public, I have left my father alone to give him time to prepare for that meeting,” Katrina said.

Speaking almost daily with her father, Katrina said that it is important that the people in general be made aware of the WPS issue especially on the matter involving the arbitral decision.

Katrina said, “I think that the arbitral decision is legally correct but I do agree that it is difficult to enforce. We need to protect ourselves and that too is the what my father has been warning us all along if we do not proceed with prudence.”

Katrina is aware that the conversation between President Duterte and her dad inspired admirers and supporters in the same breath as it irritated and even angered disbelievers and critics.

But the daughter of one of the most powerful men the country for several decades said her father, JPE as he is well known, is not affected by the critics and is always firm on his convictions.

Describing her father as pragmatic, Katrina said the 97-year old former senator spends most of his time studying since he left public office.

“My father has remained disciplined enough to study not only for himself but for the sake of those who would dare to listen to him. His outlook in life is one of pragmatism. He is humble enough to admit his mistakes and will argue if he strongly believes that he is right. He has stood and still stands for something publicly that not many people can do  especially now when it’s easy to hide behind the veil of anonymity in our so called social media era.  Obviously, it would be easy to attack someone so public,” Katrina says about his father.

There’s no spotlight to begin with, says Katrina.

Being the woman behind JPE nowadays is in fact only one of eight roles she play in real life.

So who is Katrina Ponce Enrile?

“I am a Christian first. A Filipino second. A daughter third. A mother and grandmother fourth. A sister fifth. A friend sixth. An entrepreneur and businesswoman seventh. And lastly, a single parent. I will do my duty accordingly,” Katrina

As a daughter, she can confidently say that her father at his age now only wants what is best for the country.

“My father’s only desire left is to see that we and by we I mean the whole country, is going in the right direction. He wants us all to be secure, safe and fully prepared for what is to come. These  are the conversations we have everyday. I am learning from the best teacher. It’s a gift not given to many.”