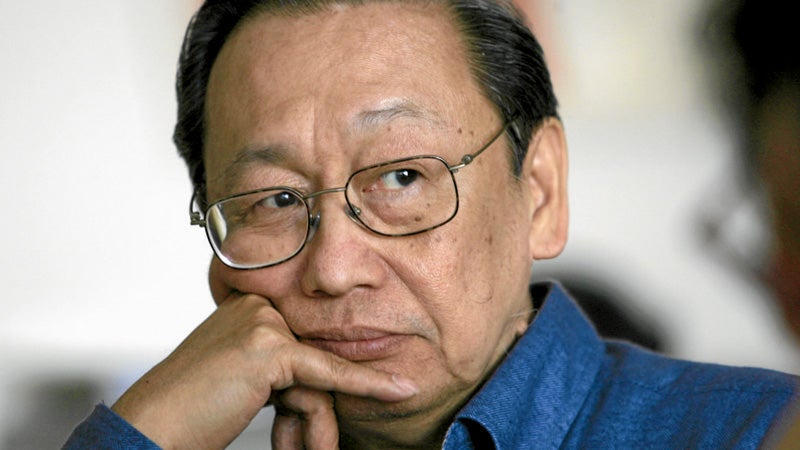 MANILA, Philippines — Jose Maria Sison, the self-exiled founder of the Communist Party of the Philippines (CPP), denied the allegation that he issued an order to kill the controversial National Task Force to End Local Communist Armed Conflict (NTF-Elcac) talking heads, stating that they have no proof against him.

“National Security Adviser Hermogenes Esperon is a big liar in claiming that I have released an order to kill the so-called talking heads of NTF-ELCAC and other officials of the security sector of the Duterte regime,” said Sison in a statement on Sunday.

“His claim is a pure concoction because I am not in any position to issue such an order to any organ, unit or individual in the CPP and the NPA,” he added.

This came after Esperon reported that security forces thwarted and killed three communist rebels on a mission to assassinate officials of the NTF-Elcac in Laguna.

He claimed that it was Sison who released the assassination order to the New People’s Army (NPA) from his self-imposed exile in the Netherlands.

However, even the new CPP chairman, according to Sison, cannot issue the alleged order without collective decision-making, which he claims he has not engaged in since his 1977 arrest and long-term detention from 1977 to 1986.

“Esperon is obviously covering up two obvious instances of extrajudicial killings  (one in Baras, Rizal and now Sta. Rosa City, Laguna) by referring to my name,  linking it to the alleged NPA suspects who were killed and without offering any evidence against me,” said Sison.

Sison claimed that he has more evidence that Philippine authorities have been plotting to assassinate him in the Netherlands since early last year.

“I have more evidence to show that Philippine authorities have been plotting to assassinate me in The Netherlands since early last year. The Dutch police no less have called my attention to this threat since March last year,” he said.

Sison said that although Esperon may be right in his assessment that the NTF-talking Elcac’s heads “deserve to be the victim of armed retribution by those they annoy,” he believes they shouldn’t be the first targets.

“But why do they deserve being the earliest target of retaliation and not the masterminds of state terrorism like Duterte and Esperon who are more despicable to the people than their parrots,” Sison said.