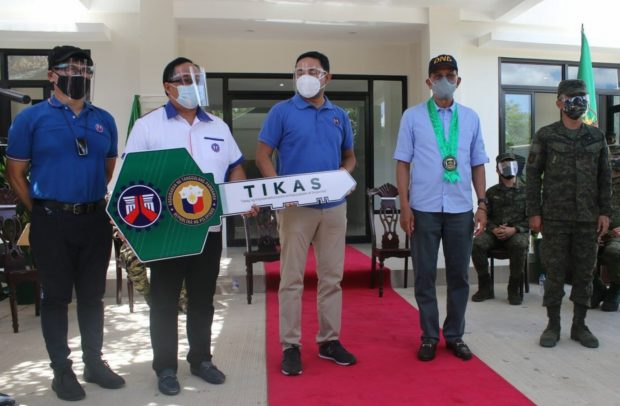 “Sikapin nating pag-ibayuhin ang pagganap sa ating sinumpaang tungkulin na paglingkuran ang bayan at ang ating mga kapwa Pilipino, pangalagaan natin ang respeto at tiwala ng sambayanan (Let us reaffirm our commitment to serve the public and the Filipino people and continue preserving the respect and trust they have given us),” said Lorenzana during the program that was also attended by Public Works Secretary Mark Villar.

The DPWH is rolling out 12 more infrastructure projects worth P221 million within Fort Magsaysay here which is the largest military reservation in the country, Villar said. Ten projects will be funded under the TIKAS program such as the construction of facilities for the Army Artillery Regiment.

To be financed by the DPWH Local Infrastructure Program are the construction of a hangar and a headquarters building for the Army Aviation Regiment.

The program was attended by Armed Forces of the Philippines Chief of Staff General Cirilito E. Sobejana and Lt. Gen. Arnulfo Marcelo B. Burgos Jr., commander of the AFP Northern Luzon Command.