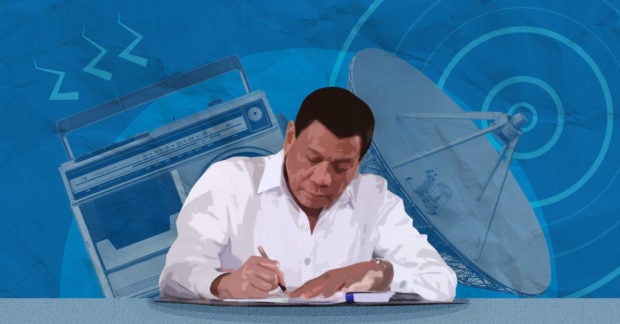 The President signed on May 18 Republic Act No. 11538 granting Davao City a franchise to construct, install, operate and maintain radio broadcasting stations “for commercial purposes and in the public interest.”

Under the law, Davao City must secure permits and licenses from the National Telecommunications Commission (NTC) to construct and operate its stations or facilities.

The NTC can revoke or suspend the permits or licenses it issued in case of any violation of the provisions of the franchise.

The grantee’s facilities must not be used “for broadcasting absence or indecent language or scene and dissemination of false information to the detriment of the public, or to incite or assist subversive or treasonable acts.”

Duterte has likewise signed Republic Act No. 11540 renewing for 25 years the franchise granted to the University of the Philippines System.

The laws, all signed by Duterte on May 18, take effect 15 days after publication in the Official Gazette or a newspaper.