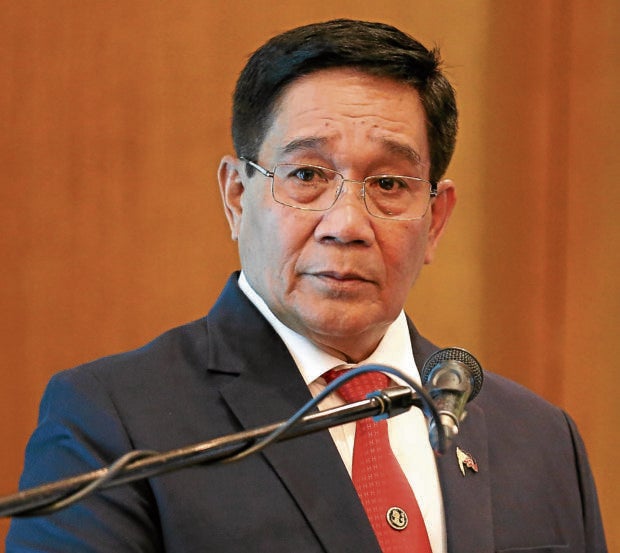 The Supreme Court on Monday opted to discontinue with the interpellation of National Security Adviser Hermogenes Esperon Jr. after several petitioners challenging the constitutionality of the antiterrorism law raised the dangers of his statements that red-tagged progressive groups.

The high tribunal also decided to wind up the oral arguments on the 37 petitions opposing Republic Act No. 11479, or the Anti-Terrorism Act of 2020, after its ninth session.

The court, however, deferred action on the appeal of several petitioners to strike out from its records Esperon’s “testimony” during the oral arguments on May 12 as it ordered the Office of the Solicitor General (OSG) to file a comment.

“The court decided not to continue with the interpellation of Esperon based on the compliance (that the OSG) submitted earlier,” Chief Justice Alexander Gesmundo said during the online court proceedings.

One of the petitioners welcomed the high court’s swift action, calling it a “tactical victory” on their part.

The petitioner, who asked not to be named, said stopping Esperon from openly Red-tagging groups, including some of those contesting the anti-terror law, was “correct, prudent and fair.”

“In fact, he should have been cut short at the first instance. He got one over them and they realized it was irregular especially when the petitioners called it out,” the petitioner told the INQUIRER.

During last week’s oral arguments, Esperon showed two old videos of Jose Maria Sison, the self-exiled founder of the Communist Party of the Philippines (CPP), instead of directly responding to questions by Associate Justice Rosmari Carandang.

Esperon, one of the respondents in the case, claimed that Sison’s recorded messages, including one taken in 1987, would prove the connection of Bagong Alyansang Makabayan, one of the petitioners, to the CPP.

Meanwhile, retired Chief Justice Reynato Puno shared the concerns of the petitioners regarding the power of the Anti-Terrorism Council (ATC) to authorize the detention of a suspected terrorist up to 24 days without warrant.

Puno, who was tapped as amicus curiae (friend of the court), reiterated that ATC was an executive body “that cannot exercise judicial power.”

“Undeniably, there will be cuts on the rights of detainees under our present (anti-terror) law,” the former chief magistrate warned.

“Again, the difficult constitutional question to resolve is how deep can these cuts be allowed on detainees without destroying the essence of their rights,” he said.

But the OSG found an ally in its former head, retired Supreme Court Associate Justice Francis Jardeleza, who said that all the 37 groups of petitioners lacked legal standing to seek redress since they have not been charged with violating the Anti-Terrorism Act.

“Cases presenting factual issues… must first be tried, under the doctrine of hierarchy of courts, and following the rules of evidence, before the trial courts, and then on appeal, by the Court of Appeals,” said Jardeleza, who also shared his opinion as amicus curiae.

“Petitioners cannot short-circuit this process by simply invoking the ‘transcendental or paramount’ importance of their case,” he argued