Palace assures provinces under MGCQ to still get COVID-19 vaccines 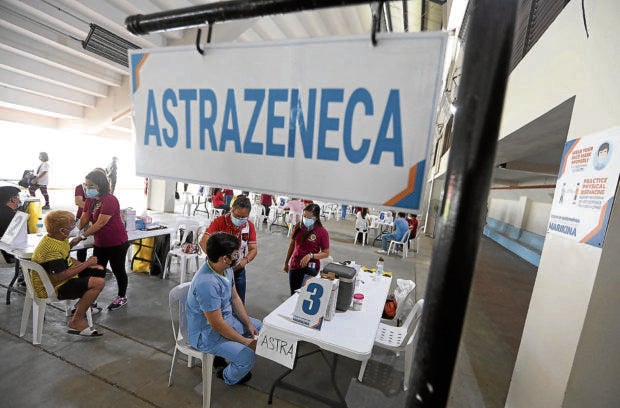 MANILA, Philippines — Malacañang gave assurance on Monday that areas under the most lenient modified general community quarantine (MGCQ) will still get their share of COVID-19 vaccines even though the national government will prioritize COVID-19 hotspots in its vaccination program.

Presidential spokesperson Harry Roque made the assurance after the League of Provinces of the Philippines called on the national government to send more vaccines to provinces, especially those under MGCQ.

In a simulation recently presented to the government, Roque said up to 58% of total vaccines in the Philippines will be distributed to different provinces in the country.

Only up to 42% of vaccine allocation will be given to COVID-19 hotspots including Metro Manila, six other provinces, Metro Cebu and Davao, he added.

(Don’t worry, even if we focus our vaccine supply on NCR plus six other provinces, it doesn’t mean that other areas will no longer receive vaccines.)

The government aims to vaccinate at least 35% of the country’s population by August, after which the effects of the vaccination will only be felt.

About four million COVID-19 vaccine doses are available in the country for the month of May, Roque said.

“Scientists have said that the vaccinations will have an impact kapag nabakunahan na around 35% of population, wala pa po tayo doon,” he said.

Earlier, he said the country may achieve this 35% of vaccination target in August.