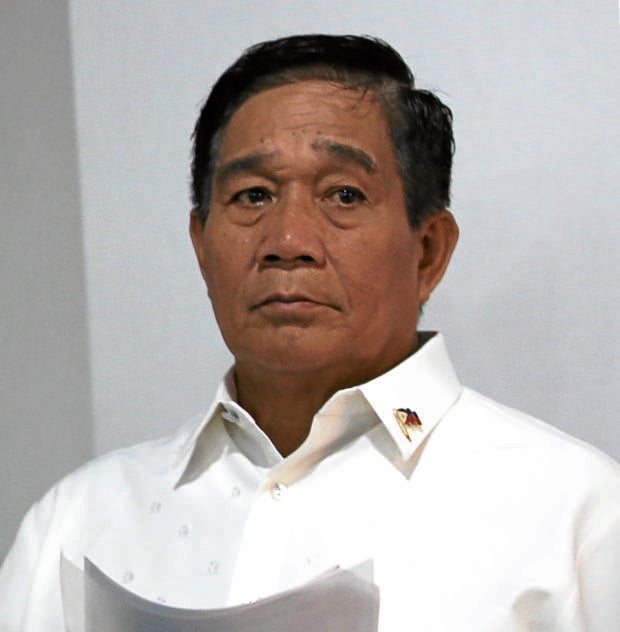 MANILA, Philippines — Anti-terror law petitioners on Friday asked the Supreme Court to expunge from its records the testimony of National Security Adviser Hermogenes Esperon Jr. during the oral arguments last May 12.

In a Joint Omnibus Motion, petitioners also asked the high court to cancel Esperon’s appearance at the continuation of the oral arguments on the constitutionality of Republic Act No. 11479, known as the Anti Terrorism Act of 2020, on May 17.

The high court is currently hearing the numerous petitions questioning the constitutionality of the law, which shall be administered by the Anti-Terrorism Council, the body tasked to draft the guidelines and formulate measures and programs to suppress terrorism in the country, of which Esperon is a member.

Esperon, during his court appearance, testified that Communist Party of the Philippines (CPP) founder Jose Maria Sison, in 1987, had named the 18 progressive groups allied with the communist movement under the supposed National Democratic Revolution. Part of his testimony was a two-minute video where Sison supposedly identified these so-called allied organizations.

Central to the petitioners’ objection was that Esperon had testified even without being sworn, while the two videos that he played had not been properly authenticated.

“Petitioners submit that respondent Esperon’s statements and so-called evidence should be stricken off the record because they are not responsive to the questions posed,” read the petitioners’ omnibus motion.

“No one — especially our government officials — should be allowed to use the proceedings of this court as a platform to engage in acts that are not only anomalous but downright dangerous,” the motion further stated.

Aside from Esperon, “amici curiae” or “friends of the courts” are expected to give their views on Monday’s oral argument. The high court is expected to wrap up the oral argument also on Monday as it is set to go on recess for decision writing.

Earlier, Anti-Terrorism Council issued Resolution No. 17 which branded Sison and 18 others as “terrorists” by definition under the Anti-Terrorism Law, along with 10 Abu Sayyaf Group (ASH) bandits.

CPP, in a statement, said the resolution is proof that the Anti-Terrorism Law is being used as an “oppressive weapon” by government.