SAP beneficiaries have until Saturday to claim ‘ayuda’ from LGUs 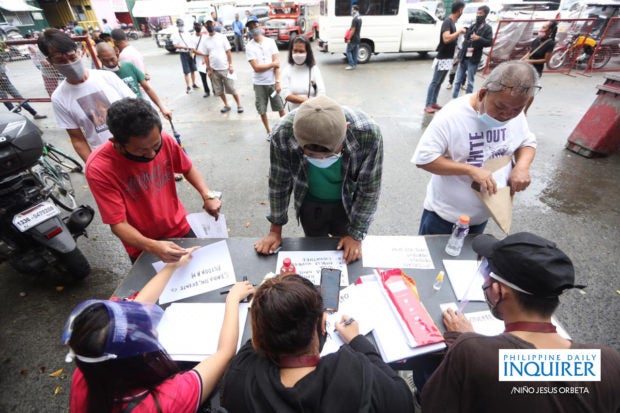 MANILA, Philippines — The Department of the Interior and Local Government (DILG) on Friday reminded beneficiaries of the government’s Social Amelioration Program (SAP) in NCR Plus that they have until Saturday to claim their ‘ayuda’ or cash assistance from their respective local government units (LGU).

According to DILG Undersecretary and Spokesperson Jonathan Malaya, some beneficiaries have yet to claim their ‘ayuda’ despite repeated calls from their LGUs.

“Some of the beneficiaries may have gone home to the provinces or may have moved outside of NCR+ for whatever reason, but just the same they have until tomorrow to claim their Ayuda otherwise they would be deemed to have waived their emergency subsidy,” he said.

He added that after the May 15 deadline, the local government units shall prepare a new payroll of beneficiaries affected by the Enhanced Community Quarantine (ECQ) in their respective communities utilizing the unclaimed funds.

“LGUs may use the unclaimed funds to prepare a supplemental list of other beneficiaries affected by the ECQ and distribute the same within 10 days,” he added.

Malaya noted that LGU Grievance and Appeals Committees have until May 25 to act on all complaints and appeals referred to it including new issues arising from the supplemental payroll.

Meanwhile, the DILG said that 28 LGUs have already completed their distribution of ayuda, including the city of Manila.

The DILG added that as of Thursday, 90 percent of the P22.9 billion ayuda have been distributed to beneficiaries in the NCR Plus area amounting to P20.5 Billion consisting of some 22,915,422 individual beneficiaries.