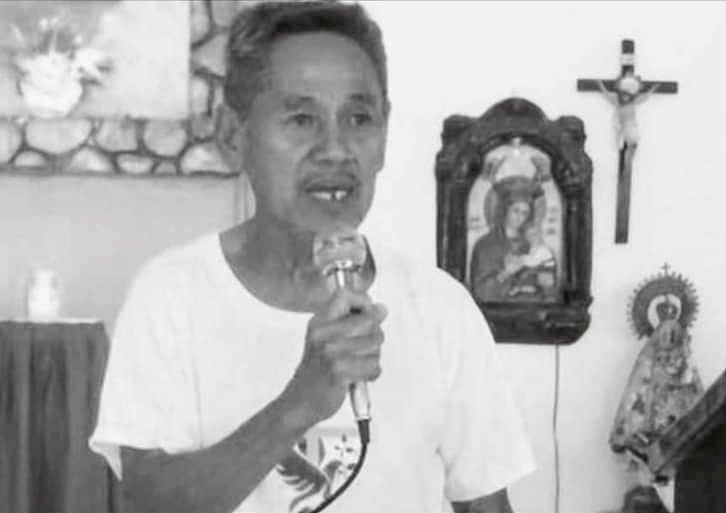 LATEST VICTIM Briccio Nuevo Jr. is remembered by his fellow church workers at Iglesia Filipina Independiente as
God-fearing and peace-loving. Nuevo, slain on May 4, is the latest victimof suspected members of an anticommunist hit squad in Guihulngan City, Negros Oriental. —CONTRIBUTED PHOTO

ILOILO CITY — Church and human rights groups are calling for justice for the killing of a lay minister in Negros Oriental who was earlier included in a hit list of a vigilante group in the province.

Briccio “Brix” Nuevo Jr. of Iglesia Filipina Independiente (IFI, or Philippine Independent Church) parish in Guihulngan City was the latest victim among those on a list of people whom the anticommunist vigilante group “Kagubak” accused of being supporters of the Communist Party of the Philippines and its armed wing, the New People’s Army (NPA). Kagubak stands for “Kawsa Guihulnganon Batok Komunista,” which loosely translates to “Concerned Guihulnganons against Communists.”

A man aboard a motorcycle shot and killed Nuevo in Barangay Poblacion in Guihulngan City on May 4 while he was at a vulcanizing shop, according to a report of the Negros Oriental police.

“We, in the leadership of the IFI, could not find any suitable word which utterly expresses and describes our grief, sorrow, and anger that another God-fearing and a peace-loving person has been subjected to persecution and violent death,” Most Rev. Rhee Timbang, IFI supreme bishop, said in a statement.

“We could not think of any reason leading to his violent death, except that he was Red-tagged,” Timbang said, pointing out that Nuevo was ninth on the list of Kagubak.

He said the “malicious” Red-tagging of Nuevo led to his death, similar to the fate of “religious persons, human rights defenders and social activists [who] were subjected to summary killings.”

He said linking activists to communists opened the victims “as easy targets for human rights abuse and attacks” and also blurs the distinction between armed rebels and “social activists and advocates for justice, peace and freedom like the church people.”

“The number of victimized human rights defenders, social activists and religious persons continues to rise. We demand the Duterte government and his minions to stop this senseless practice of Red-tagging and to resort to legal procedures if indeed there are competent and admissible pieces of evidence against the persons who were unduly accused,” Timbang said.

Aside from Nuevo, at least four others on Kagubak’s list of 15 people had been killed.

On Dec. 15, 2020, two gunmen shot and killed Dr. Mary Rose Sancelan and her husband, Edwin, a year after the doctor was Red-tagged.

Sancelan was Guihulngan’s health officer and the head of the city’s COVID-19 pandemic response.

She was on top of Kagubak’s list and was identified as “Ka JB Regalado,” said to be the spokesperson for the NPA’s Apolinario Gatmaitan Command.

Lawyer Anthony Trinidad, who was gunned down on July 23, 2019, was also on the list.

Their killings remain unsolved and no arrests have been made.

Guihulngan, 138 kilometers north of the provincial capital of Dumaguete City, recorded the highest number of civilians killed on Negros Island since January 2017, according to human rights groups.

More than 90 human rights defenders, activists, lawyers, farmers, teachers, and church workers had been killed in Negros since 2017, according to the rights group Karapatan in Negros.

At least 88 others were detained after they were arrested on what Karapatan claimed as trumped-up charges.

Karapatan-Central Visayas condemned Nuevo’s murder, claiming it was part of a “senseless crackdown” on critics and activists amid the supposed failure of the government to address the health crisis.