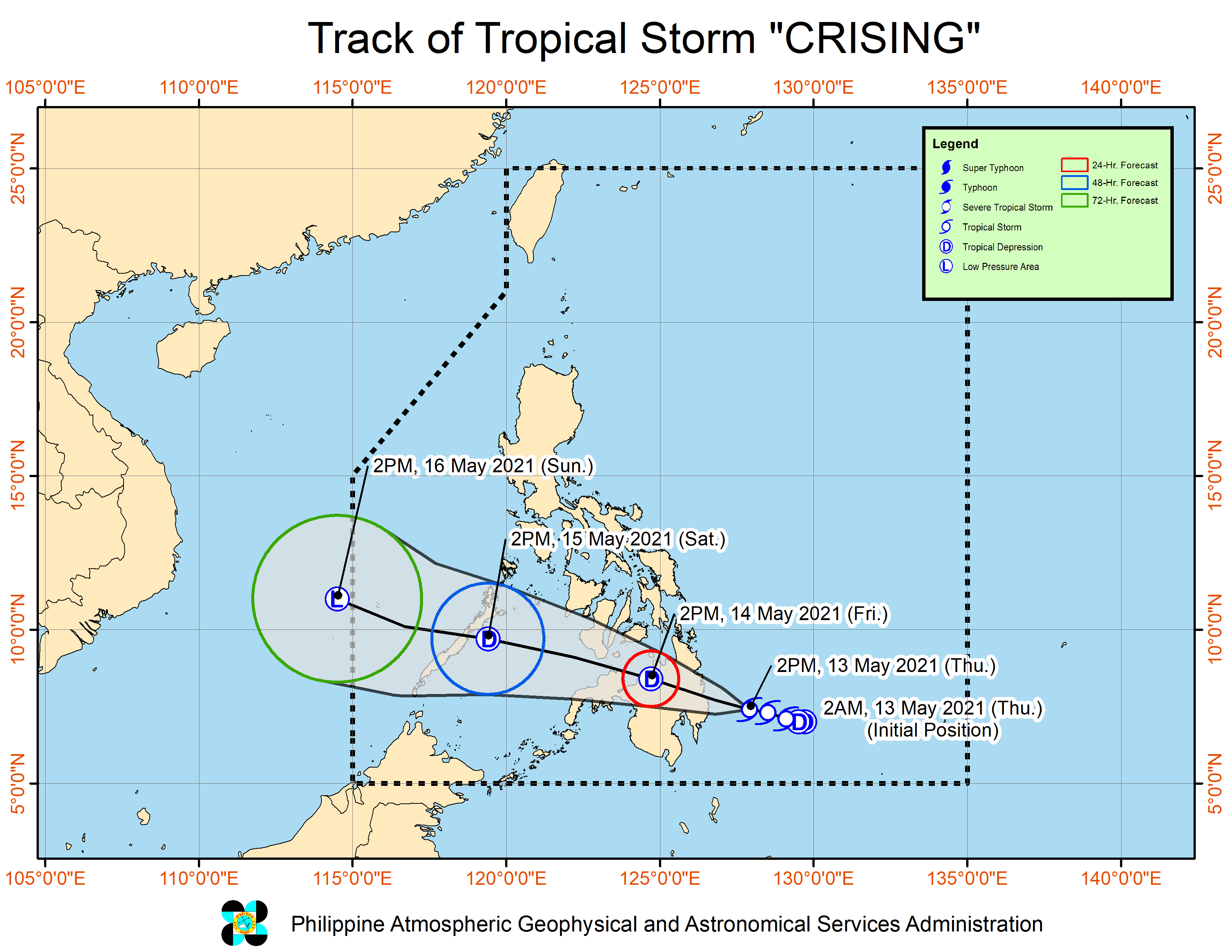 Crising was last located 150 km southeast of Hinatuan, Surigao del Sur moving west northwestward at 25 kilometers per hour (kph) with maximum sustained winds of 65 kph near the center and gustiness of up to 80 km/h, the Philippine Atmospheric, Geophysical and Astronomical Services Administration (Pagasa) said in its 5 p.m. severe weather bulletin update.

The storm is expected to make landfall over the Davao Oriental-Surigao del Sur area between Thursday night and Friday morning and is forecast to remain a tropical storm prior to landfall.

The following areas are under Signal No. 2:

Areas under Signal No. 1 are:

Pagasa also warned of isolated to scattered flooding (including flash floods) and rain-induced landslides during heavy or prolonged rainfall, especially in areas that are highly or very highly susceptible to these hazards as identified in hazard maps.

Adjacent or nearby areas may also experience flooding in the absence of such rainfall occurrence due to surface runoff or swelling of river channels.

The tropical storm is expected to weaken into a tropical depression on Friday as it traverses the rugged landmass of Mindanao and will emerge over the Sulu Sea on Saturday morning.

Meanwhile, Pagasa noted that moderate to rough seas will be experienced over the eastern seaboard of Mindanao.

“Mariners of small seacrafts are advised not to venture out over these waters. Inexperienced mariners of these vessels should avoid navigating in these conditions.” Pagasa said. With a report from John Gabriel Lalu, INQUIRER.net

Crising now a tropical storm; Signal No. 2 in 4 Mindanao areas