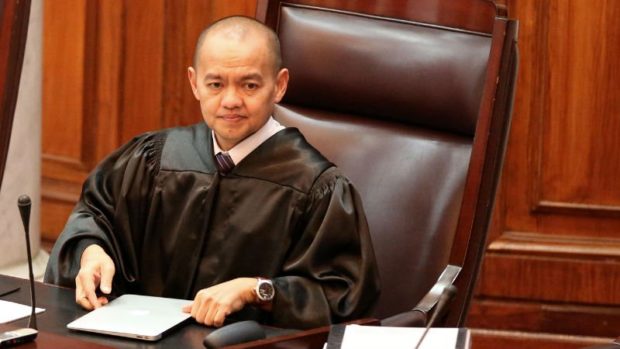 “Definitely with Chairman [Vicente] Veloso at the helm of committee on justice, sigurado tayong fair po yung magiging trial (we’re sure that we have a fair trial) regarding that impeachment complaint,” Velasco said in an interview.

Read Next
Speaker hopes Cha-cha, Bayanihan 3 gets approved before June 4
EDITORS' PICK
Climate Change Commission and Nestlé PH to discover sustainability-focused solutions
Gordon calls 2 Pharmally execs ‘Senate fugitives’ after no-show in probe
What’s at stake for every fighter at ONE: NextGen
Isko Moreno bares ‘two-pronged’ approach to rehabilitate MSMEs
NCR’s COVID-9 alert level may be downgraded from 3 to 2 soon — DOH
Legarda emphasizes role of ICC/IPs in nation building this IP month
MOST READ
LJ Reyes says Paolo Contis made ‘no efforts’ to talk to her after their split
Despite being called arrogant, Yang says he ‘loves’ PH and ‘loves doing business here’
PDP-Laban Cusi wing Senate bets willing to give way to Duterte
Drivers with no traffic violations can now renew licenses for 10 years
Don't miss out on the latest news and information.