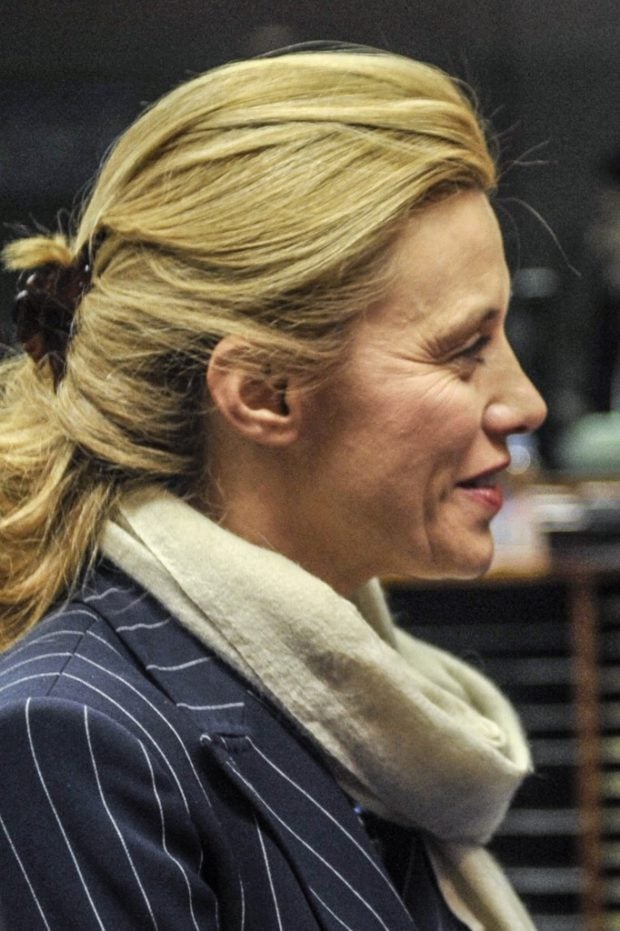 In this file photo taken on November 11, 2008 then Italian Foreign Ministry advisor, Italian diplomat Elisabetta Belloni attends a General Affairs and Development Council meeting at EU headquarters in Brussels. Italy’s prime minister Mario Draghi appointed on May 12, 2021 career diplomat Elisabetta Belloni as head of the Department of Informations for the Security (DIS), the first woman ever in Italy to be appointed to this position. Photo by DOMINIQUE FAGET / AFP

Belloni, who has already been the first woman to hold key foreign ministry posts, will now lead Italy’s Security Intelligence Department (DIS), reporting directly to the cabinet, said the statement.

The DIS’s brief includes handling intelligence and security matters at home and abroad as well as counter-espionage and cybersecurity.

Belloni came to public prominence when she led the foreign ministry’s crisis unit between 2004 and 2008, taking responsibility for operations involving Italians injured or killed abroad, whether in attacks or natural disasters.

She was the first woman to hold that position.

The unit also handled kidnappings, and one high-profile case she oversaw was the freeing of La Repubblica correspondent Daniele Mastrogiacomo who was abducted in Afghanistan.

She also coordinated the search for Italian survivors of the December 2004 tsunami in Thailand.

Born in Rome in 1958, Belloni first entered the foreign ministry in 1958 and took postings in Vienna and the Slovakian capital Bratislava.

The 62-year-old’s most recent position was as secretary general of the foreign ministry, the highest position a career diplomat can hold there. There too, she was the first woman to occupy the post.