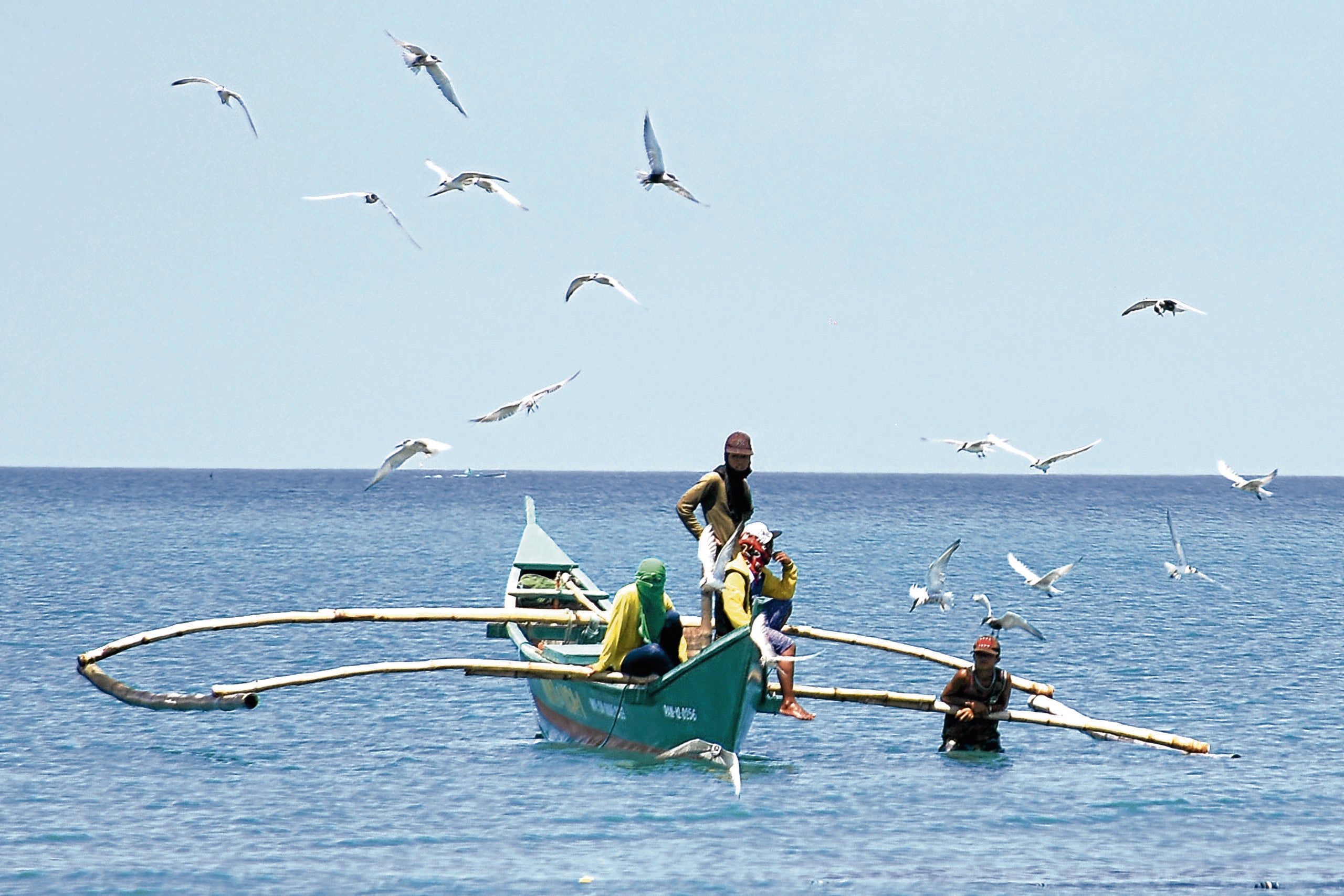 RISKY Fishermen from Pangasinan and Zambales provinces have found alternative fishing grounds within provincial waters as a voyage to the Scarborough Shoal remains risky due to the presence of Chinese vessels. —WILLIE LOMIBAO

MANILA, Philippines — The fisherman who asked presidential candidates in 2016 what they can do to help them fish peacefully in the West Philippine Sea (WPS) says he “feels bad” by the President’s remarks that his answer back then was just a “campaign joke.”

Carlo Montehermozo admitted voting for Duterte in the presidential elections, believing that the then-presidential candidate would be able to help them amid their struggles with the Chinese presence in the West Philippine Sea.

(We, fishermen, thought that what I told him would be able to help us. Apparently, what he said was just a joke.)

(We, fishermen, feel bad because why was it like that? What he told me before was just a joke.)

Five years later, Montehermozo said many fishermen in their area feel bad that Duterte was not able to deliver on the promises.

(We feel bad because we held on to what he said. Why is he saying that it was just a joke now?)

(A lot of fishermen here feel bad. Even those who have yet to go to Scarborough are saying, “The President has become forgetful.”)

(Maybe another candidate. If it’s another Duterte, I think the tree will bear the same fruit.)

According to Montehermozo, there are still Chinese vessels—even those of the Chinese Coast Guard—in the West Philippine Sea. The fishermen said that at times, the Chinese vessels would shoo the small fishing boats away from the area.

During a televised debate back in 2016, Duterte responded to Montehermozo’s question by saying that he would ride a jet ski to the Spratly Islands and plant a Philippine flag there.

But on May 10, five years later, Duterte said his 2016 pledge was a “pure campaign joke,” and even called those who believed him “stupid.”

He said he had planned to go through with his promise, even ended up buying a second-hand jet ski but found it to be logistically impossible as he said he would run out of gasoline and could be overwhelmed by waves.

Read Next
Supreme Court urged to revisit ruling on removal of gov’t executives
EDITORS' PICK
Robredo urges supporters: Don’t think we’re the only ones who are good
Taguig exceeds daily COVID-19 vaccination target of 6,800 individuals for 3 days
PH logs 7,302 new COVID-19 cases — DOH
Ahead of ONE: Full Blast II, Mongkolpetch warns Elias Mahmoudi: ‘Watch out for my fists’
Kai Sotto continues to inspire Filipinos by sharing his passions and stories with Smart Prepaid
Alex Eala wins Grand Slam on Independence Day: ‘I hope I made my contribution to the country’
MOST READ
Leni vs. Sara
China cautions G7: ‘small’ groups don’t rule the world
Rare earth metals at the heart of China’s rivalry with US, Europe
PH to launch biggest satellite in 2023
Don't miss out on the latest news and information.