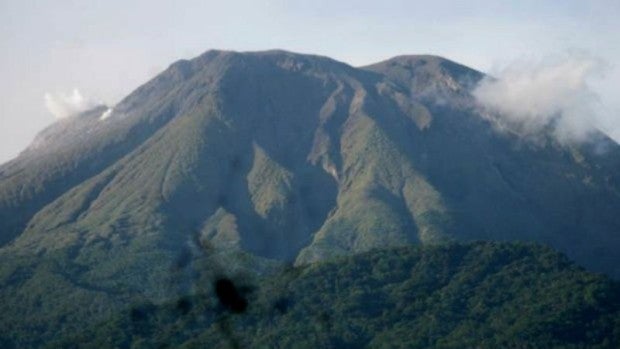 MANILA, Philippines — Mount Bulusan or Bulusan Volcano was placed on Alert Level 1 on Tuesday, the Philippine Institute of Volcanology and Seismology (Phivolcs) said.

According to Phivolcs, Alert Level 1, which means low-level unrest, was declared on the volcano as its monitoring network observed 124 volcanic earthquakes since Saturday, May 8.

“The increased seismicity could be followed by steam-driven or phreatic eruptions at the summit crater or from flank vents on the upper to middle slopes. Ground deformation data from real-time electronic tilt monitoring has been recording sustained inflation of the upper slopes that began 6 March 2021 consistent with short-term inflation of the edifice measured by continuous GPS monitoring since February 2021,” Phivolcs warned in its 7 p.m., May 11, 2021, advisory.

“These parameters indicate that volcanic processes are underway beneath the edifice that are likely caused by shallow hydrothermal activity,” it added.

Phivolcs then reminded residents near the volcano that the four-kilometer permanent danger zone is strictly off-limits while those near the two-kilometer extended danger zone on the southeastern sector of the summit must exercise vigilance.

Likewise, Philvolcs advised aircrafts to avoid flying near Mount Bulusan as ash, if a phreatic eruption occurs, can be hazardous.

“Local government units and the public are reminded that entry into the 4-kilometer radius Permanent Danger Zone (PDZ) must be strictly prohibited and that vigilance in the 2-kilometer Extended Danger Zone (EDZ) on the southeast sector must be exercised due to the increased possibilities of sudden and hazardous phreatic eruptions,” Phivolcs said.

“Furthermore, people living within valleys and along river/stream channels especially on the southeast, southwest and northwest sector of the edifice should be vigilant against sediment-laden stream flows and lahars in the event of heavy and prolonged rainfall should a phreatic eruption occur,” it explained.

Mount Bulusan is classified as a stratovolcano on the southernmost tip of Luzon, occupying several towns in Bicol Region’s Sorsogon province.

It is considered one of the most active volcanoes in the country, next to Taal and Mayon.

“DOST-PHIVOLCS is closely monitoring Bulusan Volcano’s condition and any new development will be communicated to all concerned stakeholders,” Philvolcs said.