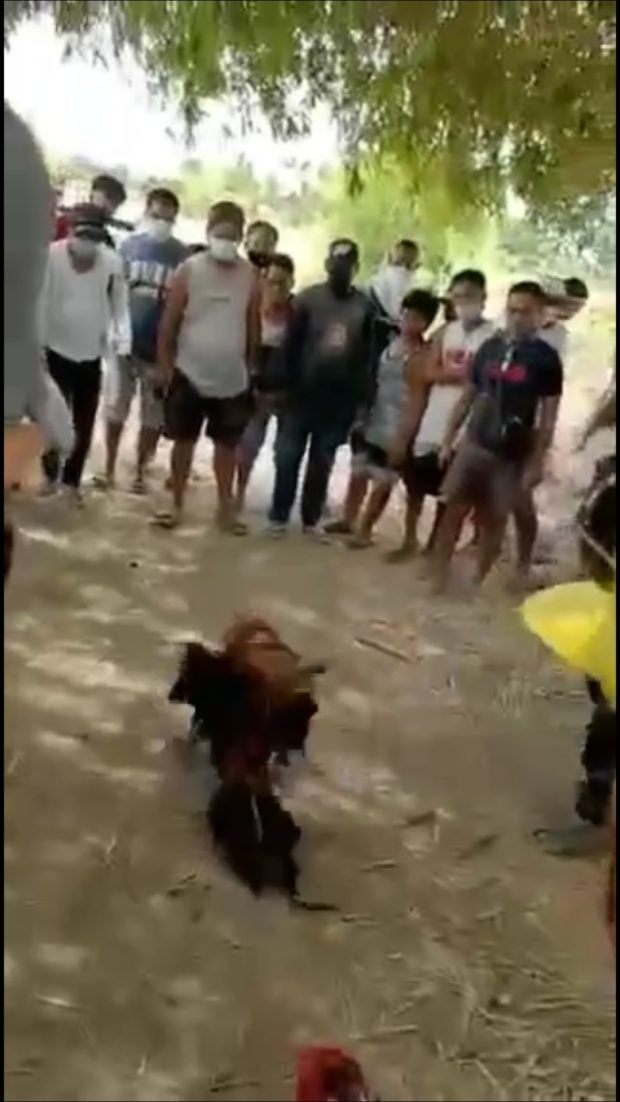 In this screen shot of an actual surveillance video, some residents at Barangay Palagay in Cabanatuan City hold a “tupada” or illegal cockfighting. Contributed photo

CABANATUAN CITY — Police here arrested five people when they raided a place that was used for “tupada” or illegal cockfighting on Saturday (May 8).

Other people who were participating in the illegal activity managed to escape during the operation at Sitio Libis in Barangay Palagay here around 12:30 p.m., investigators said.

The suspects will be charged with violation of the Republic Act 1602 or illegal gambling.