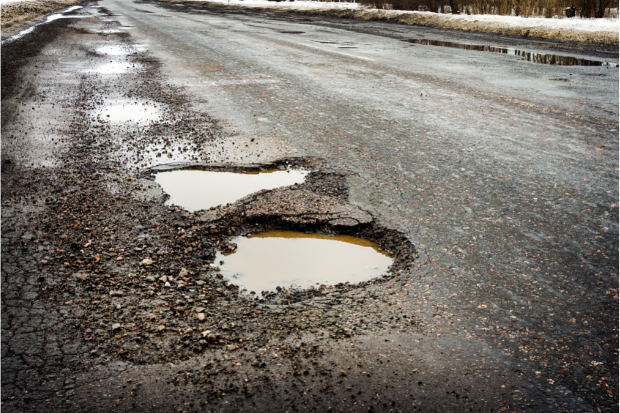 A man has been drawing penises over potholes to force the government to fix the roads faster in the city of Auckland in North Island, New Zealand.

Geoff Upson, a road safety campaigner, shared that police actually contacted him last week after a civilian had complained about his penis drawings, as per The New Zealand Herald on May 4.

He has since admitted to being the man behind the graphic drawings and was told that police would work with Auckland Transport (AT) on the matter.

Upson shared that he has so far made around 100 drawings over problem areas since as early as 2018, when he made his first penis drawings on a road near his home in Waitoki.

He apparently complained 20 times to AT, which is responsible for Auckland’s transport services, to have the roads fixed back then, but was ignored, according to the report.

Now, he still draws penises around potholes to get government attention, but assures that he does these things safely, sharing that he wears high-visibility safety vests when doing so.

AT spokeswoman Natalie Polley, meanwhile, said that aside from putting himself at risk, Upson also potentially endangers others by distracting drivers.

Upson is also expected to pay the expenses for the removal of the penis graffiti and traffic management, which will be around NZ$2,500 each (around P86,500), according to the report.

This is not the first time such tactics were used, however, as a man in England in the United Kingdom also drew penises over potholes two years ago. The said protest was successful as the roads were fixed within the week, according to the BBC on April 26, 2019. Ian Biong /ra