Removal of all contractors from Afghanistan underway – Pentagon chief 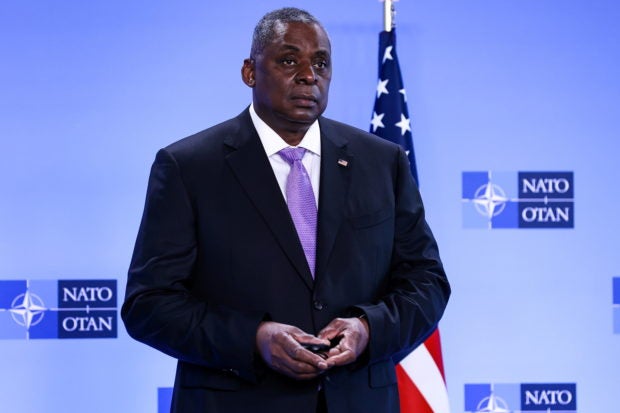 FILE PHOTO: U.S. Defense Secretary Lloyd Austin looks on as he arrives for a meeting of foreign ministers of the U.S., Britain, France, and Germany on Afghanistan at NATO’s headquarters in Brussels, Belgium, April 14, 2021. Kenzo Tribouillard/Pool via Reuters/File Photo

WASHINGTON — U.S. Defense Secretary Lloyd Austin said on Thursday the process of removing all contractors from Afghanistan working with the United States was underway as part of President Joe Biden’s withdrawal of forces from the country.

Speaking with reporters, Austin said the contractors could however renegotiate their contracts in the future.

“We’re going to responsibly retrograde all of our capabilities that we are responsible for and the contractors fall in that realm as well,” Austin said.