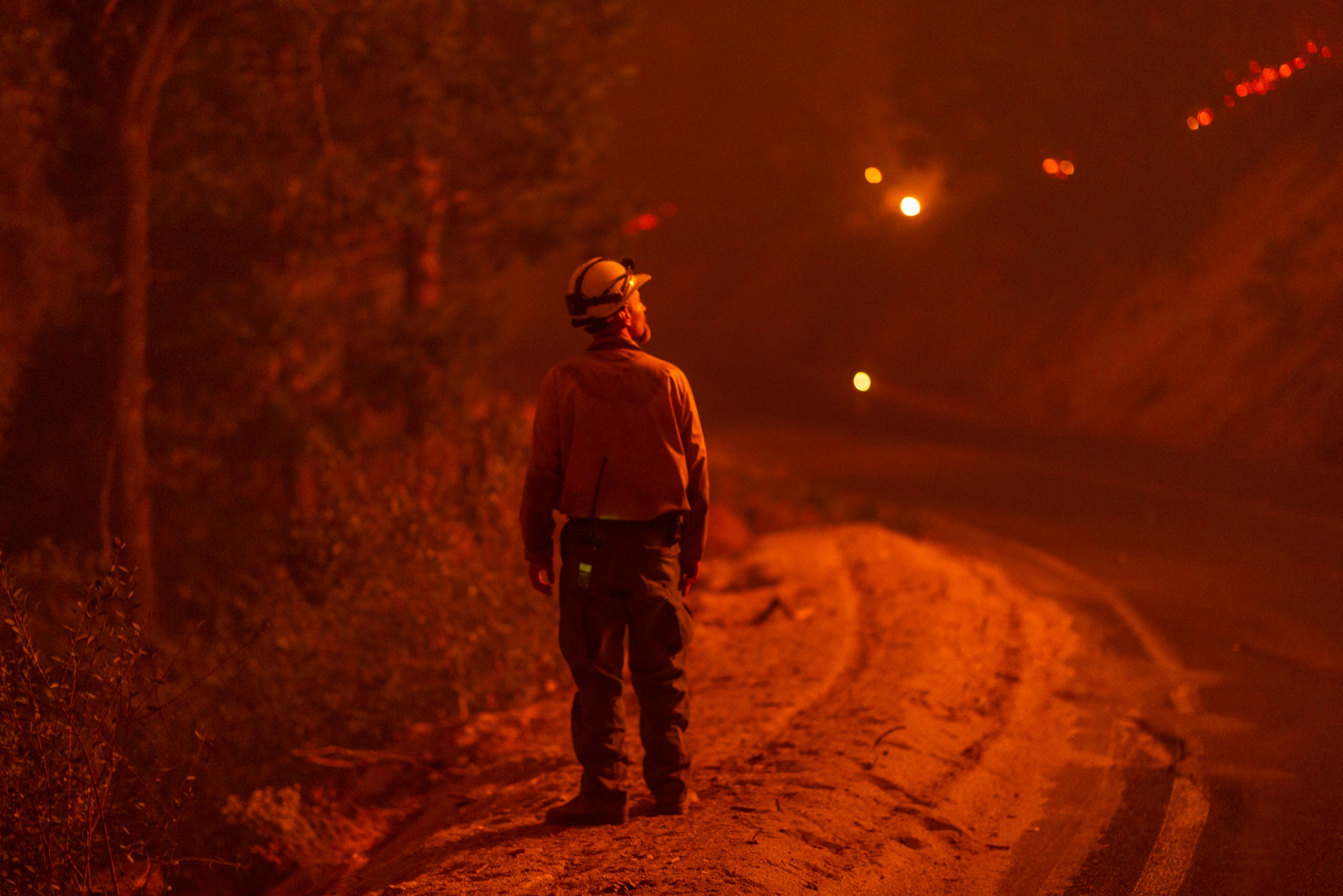 CAMP NELSON, CA – SEPTEMBER 14: A firefighter keeps watch as flames advance along the Western Divide Highway during the SQF Complex Fire on September 14, 2020 near Camp Nelson, California. The SQF Complex Fire has grown to more than 90,000 acres and burned scores of homes. California wildfires that have already incinerated a record 2.3 million acres this year and are expected to continue till December. AFP FILE PHOTO

LOS ANGELES — One of California’s iconic giant sequoia trees was recently found to be still smoldering and smoking in an area of the state devastated by massive wildfires last summer, National Park authorities said Wednesday.

“Scientists and fire crews were surveying the effects from the 2020 Castle Fire in Sequoia National Park, when they observed a still smoldering and smoking giant sequoia tree that appears to be caused from last year’s fire,” the park service said in a statement.

Experts believe the tree’s circumstances are a result of the wildfire that began August 19, 2020 when a spark from a lightning strike grew and spread throughout the region, burning an estimated 270 square miles (700 square kilometers) of forest as of December.

The tree in question is isolated and does not present a danger to its environment or park visitors, according to the park service, but the fact that such obvious fire effects are lingering even months later “demonstrates how dry the park is,” Sequoia and Kings Canyon National Parks fire expert Leif Mathiesen said.

“With the low amount of snowfall and rain this year, there may be additional discoveries as spring transitions into summer,” he said, warning of finding other trees in potentially similar conditions.

The western United States suffered a particularly brutal fire season in 2020 as they dealt with a chronic drought exacerbated by the effects of climate change, with 33 people dead and more than 6,500 square miles (17,000 square kilometers) burned in California alone.

Authorities fear a repeat this year and have already begun to prepare as the drought continues.

Giant sequoias are the biggest trees in the world and can live up to 3,400 years, according to the National Park Service.