Heart Center should follow PhilHealth rules to get P71.17 million worth of claims – COA 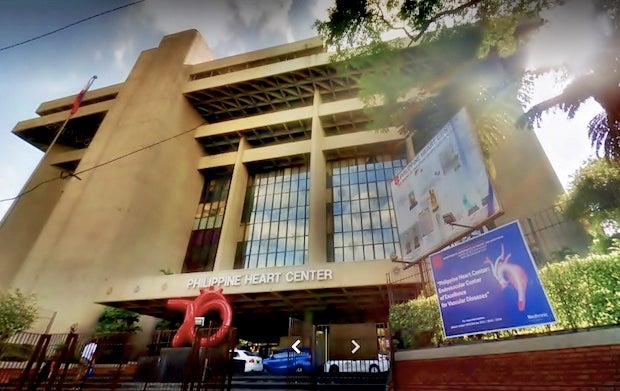 The Philippine Heart Center (Photo from its Facebook page)

MANILA, Philippines — The Philippine Heart Center (PHC) should follow the rules of the Philippine Health Insurance Corp. (PhilHealth) if it wants its P71.17 million worth of claims approved, the Commission on Audit (COA) said in its annual audit report on the government hospital.

PhilHealth has denied or returned around 3,907 claims worth P71.17 million presented by PHC because it did not comply with provisions of the revised Implementing Rules and Regulations (IRR) of the amended  National Health Insurance Act (NHIA) of 2013.

This resulted in the accumulation of “uncollectibles from PhilHealth and loss of income on the part of PHC,” according to the COA report, which was released last April 28.

Of the P71.17 million claims, P38.92 million were classified by PhilHealth as denied and P32.25 million were placed in a return to hospital status.

COA explained that denied claims are those deemed invalid and unworthy of payment or reimbursement which cannot be fixed.  Return to hospital claims are deficient claims that may be remedied if the healthcare institution can present certain lacking requirements.

The money from these claims, COA noted, could have been used by PHC to augment its services and offset losses — especially since the hospital’s financial position for 2020 ended with a deficit of P180.2 million due to increasing liabilities.

COA said that the PHC management should conduct a more thorough evaluation of the claims in question, while exploring other remedies so that PhilHealth may reconsider the claims, especially those classified as denied.

Aside from that, COA also urged PHC  to ensure that employees in-charge of PhilHealth affairs would be properly trained to avoid similar lapses in the future.

In response, the PHC management told COA that these things would be addressed and that they were in communication with PhilHealth about the issue.

Read Next
‘Rules for mere mortals do not seem to apply’ to Duterte – Bayan secretary-general
EDITORS' PICK
Re-imagining EdTech and the classroom in a post-pandemic era
Palace doesn’t see tension in WPS, only Duterte haters incite it
Retired military, police execs call for unity vs China aggression
A Spanish Celebracion with Crimson Mactan’s ‘Enye at Home’
As vaccine injection rate rises in PH, questions linger on how long it would take to reach herd immunity
CopperMask Philippines shows support for Miss Universe Philippines 2020 Rabiya Mateo
MOST READ
Mexico wins Miss Universe title but Myanmar steals show
‘Check your facts:’ Trillanes disputes Enrile claims on 2012 back-channel talks with China
Pangilinan on China’s threat if PH digs oil in WPS: Why should we be scared?
Retired military, police execs call for unity vs China aggression
Don't miss out on the latest news and information.