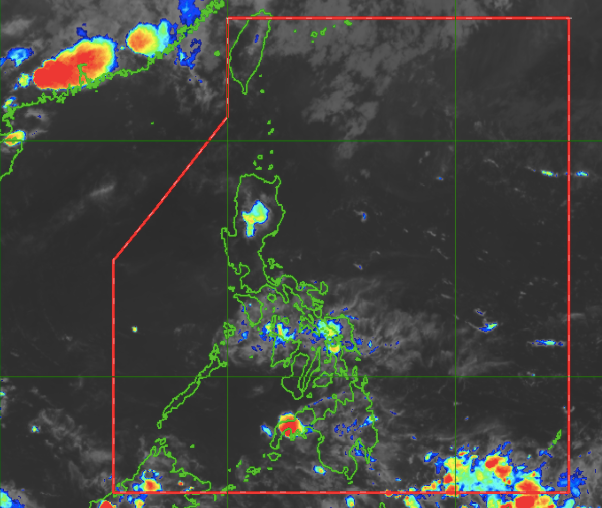 MANILA, Philippines — An intertropical convergence zone (ITCZ) is seen to bring scattered rains and thunderstorms over parts of Visayas and Mindanao, especially its eastern side, state meteorologists said on Tuesday afternoon.

Weather reports from the Philippine Atmospheric, Geophysical and Astronomical Services Administration (Pagasa) showed that the winds from the northern and southern hemispheres meet along the southern portion of Mindanao.

The ITCZ is seen to affect the regions of Eastern Visayas, Caraga, Davao, Northern Mindanao, Soccsksargen, and the Bangsamoro Administrative Region starting Tuesday night up to the coming days.

Meanwhile, the remaining parts of the country would remain hot and humid due to the easterlies or the warm winds from the Pacific Ocean.  Still, Pagasa reminded that short and isolated rains and thunderstorms might occur by afternoon and night due to the high moisture content of the easterlies.

For Wednesday, similar conditions would prevail in Luzon as temperatures Metro Manila and Tuguegarao remain high at 25 to 35 degrees Celsius, Laoag with 25 to 33 degrees, Tagaytay with 22 to 32 degrees, Legazpi with 26 to 32 degrees, and Puerto Princesa with 27 to 33 degrees.

In Visayas and Mindanao, the eastern side would have slightly lower temperatures due to the ITCZ’s effects: Tacloban and Davao would have something between 25 to 32 degrees Celsius, and Cagayan de Oro with 24 to 33 degrees.

No gale warning has been raised as of now, but the northern waters of Luzon and the whole eastern seaboard of the country would have a moderate sea condition.  The rest of the country’s inland and territorial seas would be slight to moderate.