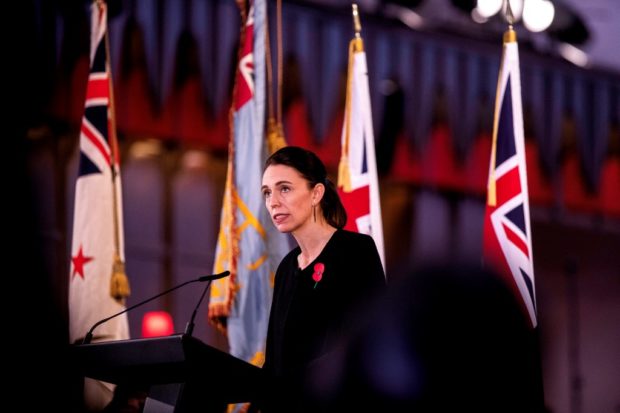 Ardern’s government has taken flak over its meek criticisms of China’s rights record, leading to accusations New Zealand is a weak link in the US-led Five Eyes intelligence network.

In a speech at a China Business Summit in Auckland, Ardern said New Zealand had already raised “grave concerns” with China about the treatment of Uyghurs in Xinjiang province and spoken out about the erosion of democratic freedoms in Hong Kong.

But the center-left leader said Wellington had an independent foreign policy and was free to choose whether it flagged such issues publicly or during private discussions with Chinese officials.

Regardless of how the human rights concerns were dealt with, Ardern admitted there were some issues upon which China and New Zealand would never agree.

“It will not have escaped the attention of anyone here that as China’s role in the world grows and changes, the differences between our systems -– and the interests and values that shape those systems –- are becoming harder to reconcile,” she said.

“This is a challenge that we, and many other countries across the Indo-Pacific region, but also in Europe and other regions, are also grappling with.”

Ardern said pointing out areas of difference with Beijing was “part and parcel of New Zealand staying true to who we are as a nation”.

“We need to acknowledge that there are some things on which China and New Zealand do not, cannot, and will not agree,” she said.

“This need not derail our relationship, it is simply a reality.”

New Zealand officials have also been careful not to directly criticize China’s expanding influence in the Pacific, unlike their US and Australian counterparts.

In contrast, Canberra’s robust criticism of Beijing on issues such as Hong Kong and the need to investigate the origins of Covid-19 has spurred punitive levies on more than a dozen Australian imports, including wine and barley.

Ardern said it was in China’s own interests to act in a way that was consistent with its international responsibilities.

“As a significant power, the way that China treats its partners is important for us,” she added.

While Ardern’s remarks may reassure other Five Eyes nations that New Zealand shares their concerns on China, she made it clear Wellington would continue to chart its own course and not feel obliged to make joint statements.

“I’m often asked which lane are we swimming in — we swim in New Zealand’s lane,” she said.