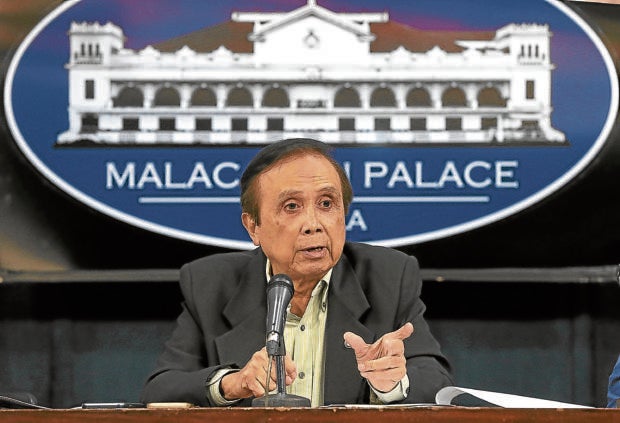 MANILA, Philippines — Amid the prolonged fight against the COVID-19 pandemic, a total of P25.14 billion in calamity funds from the 2020 and 2021 national budgets remains unutilized as of March, pending approval on several levels in government, including the Office of the President.

The latest data from the Department of Budget and Management (DBM) showed that, as of March 31, P5.14 billion in the 2020 National Disaster Risk Reduction Management Fund (NDRRMF) — more popularly known as the calamity fund — remained unreleased.

President Rodrigo Duterte has extended the effectivity of last year’s P4.1-trillion national budget up to end-2021.

The calamity fund for 2020 amounted to P16 billion, portions of which had been released following the series of typhoons that hit the country that year.

But still unreleased in last year’s NDRRMF was P439.2 million in the National Disaster Risk Reduction and Management Program (NDRRMP).

According to budget documents, the NDRRMP funds can be spent on epidemics, as declared by the Department of Health, subject to the approval of the Office of the President upon recommendation of the interagency National Disaster Risk Reduction and Management Council (NDRRMC).

The annual NDRRMP also served as an additional funding source, subject to the DBM’s approval, to the quick response fund (QRF) of implementing agencies when their balances reached 50 percent.

The DBM defined the QRF as a “standby-fund to be used in order that the situation and living conditions of people in communities or areas stricken by calamities, epidemics, crises and catastrophes may be normalized as quickly as possible.”

While only P439.2 million in the NDRRMP was still available, DBM data showed a bigger total of P928.07 million in programs and projects had been “earmarked” for the fund, of which P100 million in special allotment release orders (Saros) to the state-run National Electrification Administration (NEA) awaited the DBM’s issuance; P240.48 million was already approved by the Office of the President for Saro issuance to the Metropolitan Manila Development Authority; and the biggest chunk of P587.59 million—P378.92 million for the Department of Public Works and Highways (DPWH) and P208.67 million for the Department of National Defense—was still pending the President’s approval.

DBM documents did not indicate the specific projects to be funded by the NDRRMP.

The largest chunk of the unreleased money in last year’s calamity fund was the P4.69 billion under the Comprehensive Aid to Repair Earthquake Damage allocated to the Davao and SOCCSKSARGEN regions, which were hit by strong quakes in 2019.

The entire P20 billion set aside under this year’s calamity fund was untouched as of end-March.

The 2021 NDRRMF included P13 billion for the NDRRMP, of which only P4.45 billion had been earmarked.

The DPWH was awaiting the Saro for P91.66 million in projects under this year’s NDRRMP. While the Office of the President had approved P278.49 million in DPWH projects, P2.47 billion worth of projects still awaited approval.

The DPWH was likewise awaiting approval, from either the defense secretary or the civil defense administrator, of a P1.13-billion project.

Under NDRRMC rules, NDRRMF releases require implementing agencies to submit project proposals to be evaluated and reviewed by the Office of Civil Defense as NDRRMC Secretariat, for subsequent endorsement to the Office of the President.

The Office of the President has also given the green light on P8.8 million in Saros to be issued to the Department of Social Welfare and Development under the 2021 NDRRMP, but it has yet to approve P227.55 million for the National Irrigation Administration.

The NEA was supposed to get P240.65 million from this year’s NDRRMP, but this amount had been “referred to the DBM for comments.”

Out of the P5 billion included in the 2021 calamity fund to continue the rehabilitation of Marawi City, P1.55 billion was still pending the President’s approval.

This year’s NDRRMF also had P2 billion allotted for calamity insurance premium, all unreleased and unspent as of the first quarter.

To date, a total of P11.03 billion in the combined 2020 and 2021 calamity funds had been earmarked for release.Since the data was posted on the DBM’s website in mid-April, the Inquirer sought DBM officials, including Budget Secretary Wendel Avisado, for comment, but they had yet to respond as of this writing.

Back in 2019, Avisado told the Inquirer that the DBM could only release the NDRRMF following the NDRRMC’s endorsement, then the President’s go-ahead.

On Saturday, as the country marked Labor Day, former Socioeconomic Planning Secretary Ernesto Pernia said in a tweet, “Lack of virtuous impatience, also known as sense of urgency, has clearly shone in responding to and managing the pandemic.”