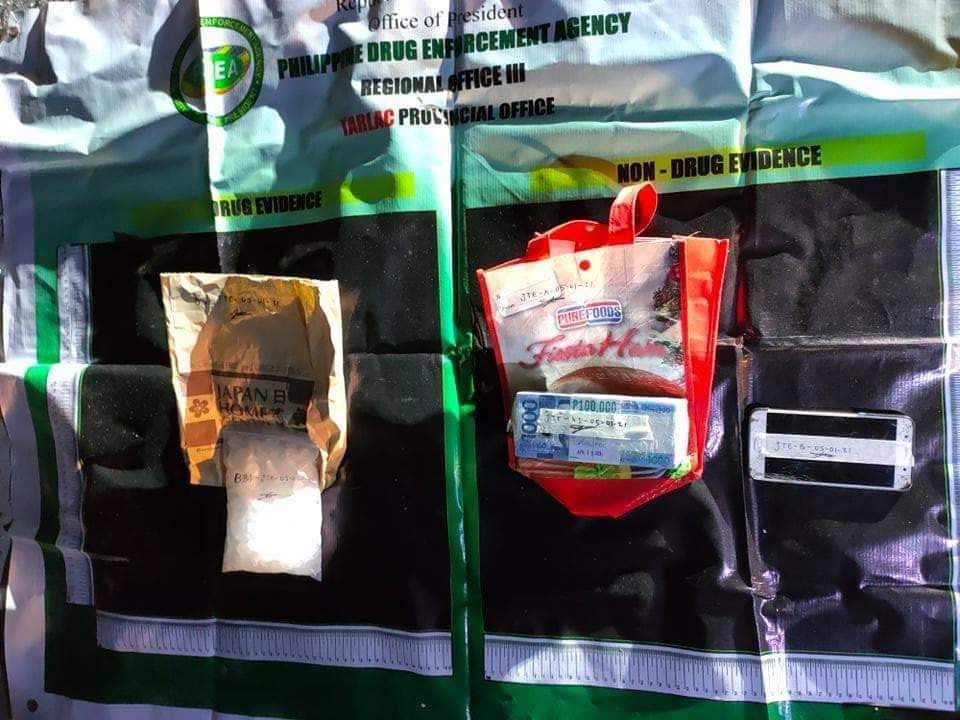 Agents of the Philippine Drug Enforcement Agency (PDEA) recovered a plastic bag containing some 500 grams of “shabu” from two siblings who were arrested in Concepcion, Tarlac on Saturday. (Photo courtesy of PDEA)

TARLAC CITY — Authorities on Saturday arrested two suspected drug traders who were caught with P3.4 million worth of “shabu” (crystal meth) during a buy-bust operation in Concepcion town, Tarlac province.

In a report, the Philippine Drug Enforcement Agency (PDEA) identified the suspects as Cervando Gayas Jr., 26, and Aurora Gayas, 29. The two are siblings, investigators said.

Christian Frivaldo, director of PDEA in Central Luzon, said Cervando tried but failed to escape when he and his sister were being arrested on Magalang-Concepcion Road in Barangay San Francisco of this town.

Seized from them were some 500 grams of alleged shabu placed in a transparent plastic bag.