Are salons, barbershops opening yet? Relax, DTI working on these 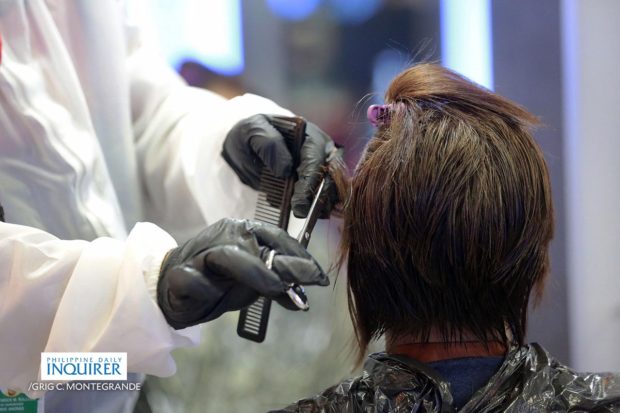 MANILA, Philippines — The Department of Trade and Industry has recommended allowing indoor dining in Metro Manila and nearby provinces despite the continued modified enhanced community quarantine (MECQ) that’s been imposed on the so-called NCR Plus bubble.

Castelo explained Thursday that if DTI’s bid gets approved by the IATF, about 500,000 displaced workers will be able to resume their jobs: 400,000 from the personal care service sector and 100,000 from restaurants with indoor dining.

(If the IATF approves personal care services and indoor dining, the dine-in would employ 400,000 workers and add a further 100,000 workers in restaurants.)

(We hope the one million displaced workers will be able to resume their jobs, even if it’s just half.)

On Wednesday night, President Rodrigo Duterte announced that NCR Plus will remain under MECQ from May 1 to May 14.