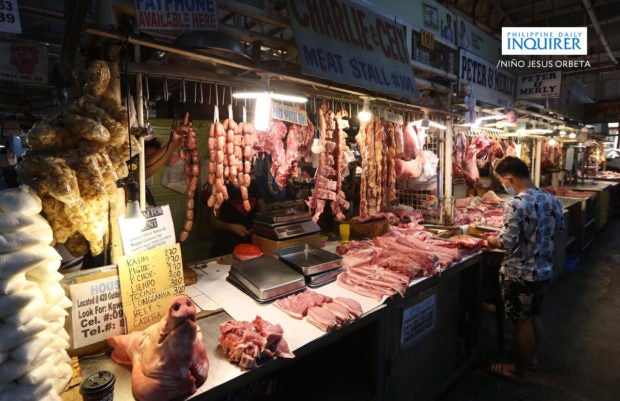 MANILA, Philippines — “Backchannel efforts” are underway to come up with a possible compromise on government’s pork importation policy, senators said on Wednesday.

Many senators are opposing the lowering of tariff rates on pork imports and the government’s plan to raise the cap on imported hogs from the current 54,000 metric tons (MT) to 400,000 MT.

“Somewhat,” Sotto said in a text message to reporters when asked whether there is ongoing backchannel  talks on imported pork policy.

“It’s between Sec. Sonny and I,” the Senate leader added.

It was Senator Panfilo Lacson, in a separate message, who disclosed the ongoing talks to resolve the conflicts between the legislative and executive branches.

“As a matter of fact, as we speak, some back channeling efforts are underway to work on that compromise,” Lacson said.

“Hopefully, we can find a middle ground that will bring out a win-win solution, or terms that are acceptable to all parties concerned.”

Senate Minority Leader Franklin Drilon, in another message, confirmed that “a possible compromise is being worked on.”

Instead of debating for hours, Villar suggested during Tuesday’s hearing of the Senate Committee of the Whole, a middle ground on the imported pork issues.