‘Red-tagging too wicked to be ignored’: House probe on NTF-Elcac fund use pushed 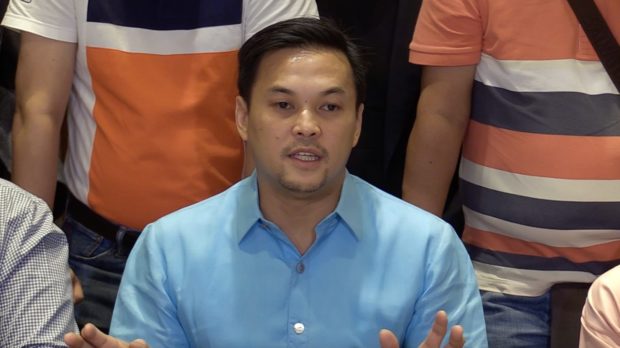 MANILA, Philippines — Administration ally and House Deputy Speaker Mikee Romero is pushing for a probe on the utilization of the funds of the National Task Force to Local Communist Armed Conflict (NTF-Elcac), saying the recent links of its officials to red-tagging issues “is simply too wicked to be ignored.”

Under House Resolution No. 1729, a copy of which was sent to the media on Tuesday, Romero pointed out that for the past months, the NTF-Elcac has been the subject of heavy criticism and condemnation of the public “owing mostly to its highly questionable and controversial habit and practice of red-tagging various individuals through mainstream or social media.”

Romero specifically took note of the alleged red-tagging of Ana Patricia Non, organizer of the Maginhawa community pantry, by NTF-Elcac and the police force.

One of the screenshots included in one of Non’s Facebook posts showed the NTF-Elcac shared materials stating community pantries are being used for propaganda of communist groups.

“The rampant and unlawful profiling and obvious red-tagging of organizers of community pantries to associate them as members of the CPP-NPA and therefore ‘terrorists’ by Lt. General Antonio Parlade Jr. and Communications Undersecretary Lorraine Badoy of the NTF-Elcac [are] simply too wicked to be ignored,” Romero said in the resolution.

“Attributing malice, without presenting hard evidence, sows division among Filipinos and sends a chilling effect to those who may want to help their kababayan,” he added.

Further, the lawmaker said Parlade and Badoy’s “unsubstantiated and baseless” claims only exposes community pantry organizers “to serious dangers against their rights.”

Romero added that while most officials of the NTF-Elcac are full of good intentions, some are also “ineffective and inefficient in their mandate” since their recent actions “have created a counter-productive measure towards attaining inclusive and sustainable peace and arguably, even contributed public sympathy to the cause of the communist party which they allege to have put up the community pantries well received and applauded by the public.”

“The P19.2 billion fund of the NTF-Elcac is comprised of P16.4 billion for projects, while the remaining amount is allocated for their operational expenses,” Romero said.

“It is a great disservice to the Filipino nation to allow the NTF-Elcac to proceed with their mandate without a thorough review by Congress, through its legislative oversight function, of how the same office is utilizing its funds which may well be put to better use in light of the COVID pandemic through rechanneling to give more direct financial aid to unemployed workers displaced by the pandemic, upgrading our contact tracing abilities, or providing more hospital beds,” he added.

NTF-Elcac spokesperson Lt. Gen. Antonio Parlade Jr. earlier said the task force was not red-tagging community pantries and its organizers and was just “checking” to make sure people behind the highly popular initiative do not have any other agenda.