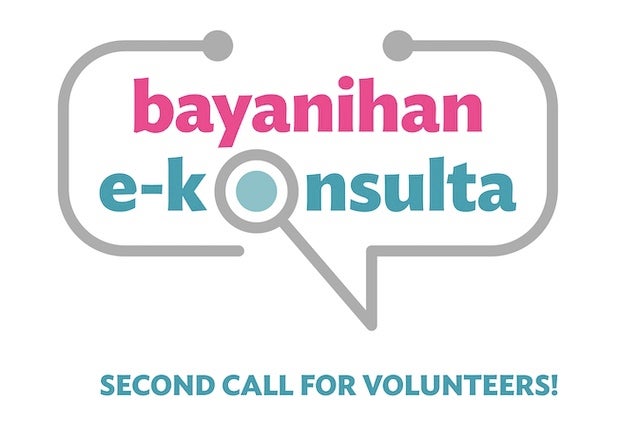 MANILA, Philippines — Vice President Leni Robredo posted on Monday on her personal Facebook a second call for volunteer medical professionals and non-medical support personnel to be part of Bayanihan E-Konsulta, the telemedicine response of her office to the COVID-19 pandemic.

“Today, we are calling for another round of volunteers so that we can serve our patients more efficiently,” Robredo said.

The doctors would need to respond to various concerns such as people needing oxygen supplies, pregnant women, and patients with mental health issues.

SECOND CALL FOR VOLUNTEERSToday is the 19th day of operations of Bayanihan E-Konsulta. It has been both a whirlwind…

The program, she added, would also need non-medical volunteers to do chat support, triaging and tagging of patients, monitoring of patients through telephone calls, call bridging agents, and tech support.

“We are already overwhelmed by the generosity and selflessness of our volunteer doctors, but we need more so we can serve more. Since all consultations are through telephone, you can be anywhere in the country,” Robredo said.

“Our call bridging agents will facilitate the calls between you and the patients through three-way calls. There is no minimum number of hours that you can volunteer in a week. We know how busy all of you are so we will adjust to your convenience and availability,” she added.

Robredo said that she and her staff were surprised that the Bayanihan E-Konsulta had such a big of an impact. At the start, they were thinking that it would be just a program meant to fill in some gaps in the government’s COVID-19 response.

Instead, it became one of the country’s primary telemedicine consultation avenues, with people consulting the Office of the Vice President and its partner volunteers for various COVID-related issues, including availability of hospital beds.

Bayanihan E-Konsulta allows patients to seek medical attention through chatting on Facebook Messenger. They start by typing either “konsulta” for consultations or “tulong” for emergency cases.

So far since starting last April 7 up to April 23, Bayanihan E-Konsulta has received 25,494 transactions, Robredo said.

“What we were initially imagining to be a simple low-tech teleconsult operations to fill in a few gaps, turned out to be the huge, complicated network that it is now. We did not realize the gap was this big!” she explained.

On Sunday, during her weekly program at DZXL, Robredo admitted that the program was far from perfect, with a lot of backlog cases and a limited technology to allow a quick response.

Last April 14, Robredo’s spokesperson, Barry Gutierrez, made the same admission in a radio interview, saying that the program had not  addressed all message requests from the people.

Gutierrez said that the initiative would be better if the national government would adopt this kind of program, as the Department of Health had more resources for telemedicine consultations.

The OVP set up the Bayanihan E-Konsulta after Metro Manila, Bulacan, Cavite, Laguna, and Rizal were placed under enhanced community quarantine (ECQ) due to the recent surge in COVID-19 cases . It was meant to prevent hospitals from being overwhelmed by allowing some patients to consult professional online.

It also serves as a link between patients and hospitals, with the help of the One Hospital Command Center, as the OVP tries to look for hospitals that have not reached full capacity.