Turkey rages at US recognition of Armenia genocide 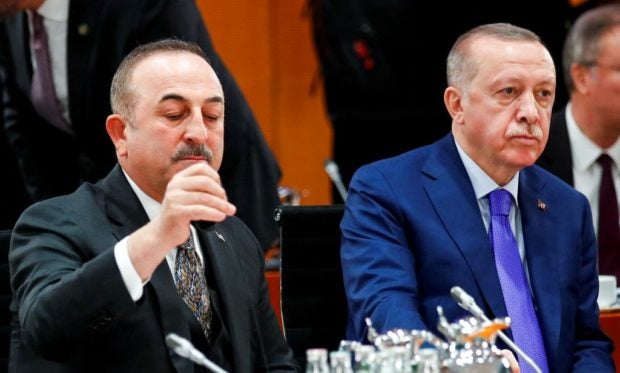 From the streets of Istanbul to the halls of power, Turks were united in anger at Biden’s decision to side with Armenia, France, Germany, Russia and numerous other countries in their interpretation of the horrific World War I events.

“We will not take lessons from anyone on our history.”

The Turkish foreign ministry later summoned US Ambassador David Satterfield to express its displeasure, noting that Biden’s decision caused “a wound in relations that is difficult to repair,” the Anadolu state news agency reported.

Biden became the first US president to use the word genocide in a customary statement on the anniversary of the 1915 to 1917 massacre, which happened as the Ottoman Empire unravelled.

Trying to soften the inevitable blow to the pride of the strategic NATO ally, Biden on Friday placed the first phone call since his election to Erdogan.

The two leaders agreed to meet on the sidelines of a NATO summit in June, and Erdogan — who has spent his 18 years in power trying to fight the US decision — carefully calibrated the weight of his response.

In a message to the Armenian patriarch in Istanbul, Erdogan accused “third parties” of trying to politicize the century-old debate.

“Nobody benefits from the debates — which should be held by historians — being politicized by third parties and becoming an instrument of interference in our country,” Erdogan wrote.

On a more conciliatory note, Erdogan said Turkey was “ready to develop our relations with Armenia based on good neighborhood and mutual respect”.

But the message from Cavusoglu’s foreign ministry was strident.

“We reject and denounce in the strongest terms the statement of the president of the US regarding the events of 1915 made under the pressure of radical Armenian circles and anti-Turkey groups,” the foreign ministry said in a separate statement.

“It is clear that the said statement does not have a scholarly and legal basis, nor is it supported by any evidence,” it said.

The Armenians, supported by many historians and scholars, say 1.5 million of their people died in a genocide committed under the Ottoman Empire, which was fighting tsarist Russia in areas that include present-day Armenia.

Turkey accepts that both Armenians and Turks died in huge numbers during World War I, but vehemently denies there was a deliberate policy of genocide — a term that had not been legally defined at the time.

Turkey puts the Armenian death toll at around 300,000.

Ordinary Turks said Biden’s recognition of the genocide underscored the troubled nature of Turkey’s current relationship with Washington, which had once benefited from Erdogan’s personal friendship with Donald Trump.

“It’s a very bad step. Our relationship is already really bad with the US, and this will only worsen it,” said Istanbul resident Dilek Mercin.

“During a war, things happen to both parties, so it is meaningless to call it like that,” added Selda, a pensioner.