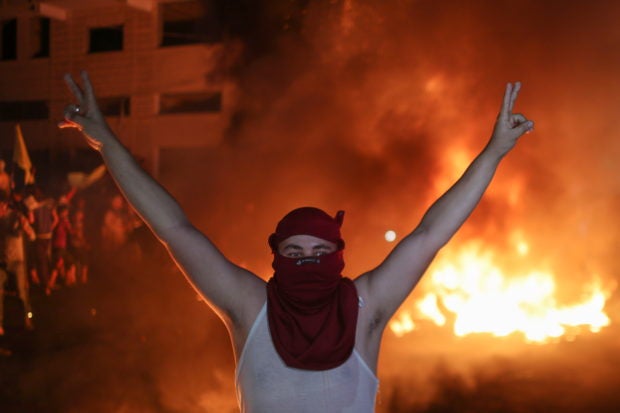 A Palestinian demonstrator gestures as tires burn during an anti-Israel protest over tension in Jerusalem, in Gaza City April 24, 2021. REUTERS/Mohammed Salem

Hundreds of police officers in riot gear deployed around the Old City after nightly clashes spilled into the Gaza Strip and occupied West Bank. Some Palestinians threw stones and bottles as police on horseback dispersed the crowds, though the violence appeared less intense than on previous nights.

The protests spread to several cities in the West Bank and along the Israel-Gaza border. The Israeli military said it dispersed hundreds of Palestinians, some throwing rocks and burning tires.

Clashes and violent incidents have occurred almost nightly in Jerusalem – a city holy to Muslims, Christians and Jews – since the start of Ramadan on April 13. They center on Damascus Gate in the Old City’s walls – and have flared in recent days as thousands pour out of the historic gateway after leaving the nearby Al-Aqsa Mosque following Ramadan nightly prayers.

Palestinians say police have tried to prevent them from holding their usual Ramadan evening gatherings outside the gate, where metal barriers have been put up in its amphitheater-style plaza. Israelis have been angered by videos on social media showing Palestinians assaulting religious Jews in the city.

“The police are causing the problems. People want to sit down here at Damascus Gate in Ramadan,” Fares, 22, a Palestinian from East Jerusalem said outside Damascus Gate. He did not want to give his full name. “Everywhere else is closed because of coronavirus, everybody is at home. Damascus Gate is very important to Palestinians, it’s in the name and it’s the way to our holy places.” 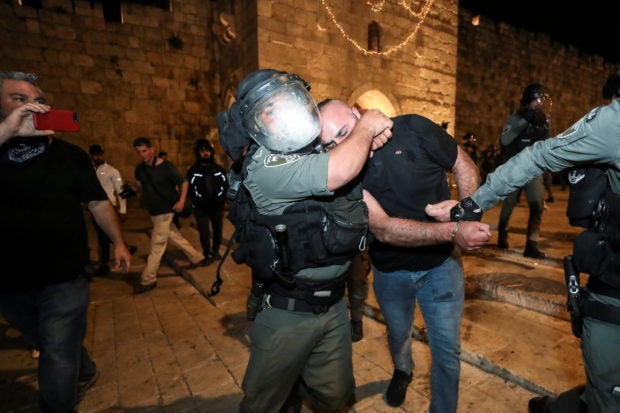 Violence spilled over to Gaza overnight between Friday and Saturday, when Palestinian militants fired 36 rockets at Israel soon after Gaza’s Islamist rulers Hamas and other armed groups issued a joint call for Palestinian resistance in Jerusalem. Israel retaliated with air strikes. No casualties were reported on either side of the border.

Militant rocket fire resumed on Saturday after night fell. Netanyahu said he had instructed security forces to prepare for “any scenario” in Gaza.

“We are maintaining the freedom of worship for all residents and all visitors to Jerusalem as we do every year,” he said in a statement on Saturday night. “I call for calm on all sides.”

Jerusalem is at the core of the Israeli-Palestinian conflict. Israel claims the whole city, including its eastern sector captured in a 1967 war, as its capital. Palestinians seek to make East Jerusalem the capital of a future Palestinian state in the West Bank and Gaza.

“We want to send a message both to the (Israeli) government and to our Palestinian neighbours that we won’t stay silent in front of the violence and the incitement and the racism. We will defend the right of everybody to live in Jerusalem peacefully,” said Shaqued Morag, head of the Peace Now group.