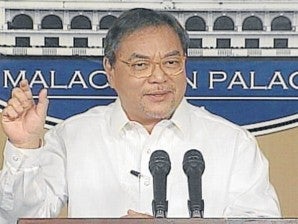 The Department of Tourism (DOT) is working to open the “Sunshine Trail,” part of the tourism road map for 2012 that targets to get a share of Singapore’s visitors exiting from its premier airport to visit the Philippines, particularly prime destinations with international airports.

At a general meeting of the Philippine Tour Operators Association (Philtoa) in Makati Wednesday, Tourism Secretary Ramon Jimenez Jr. announced that the DOT was in “serious talks” with its counterpart in Singapore for the launching of the trail, dubbed “Sunshine Trail.”

“We are already serviced by one of the best airports, the Changi Airport in Singapore. All we have to do is find a way to pull the value out of the Singapore market toward our islands,” Jimenez told members of the Philtoa.

Philtoa, a nonprofit organization of tour operators and allied members advocating for responsible inbound and domestic tourism, had its first general membership meeting for this year at the Intercontinental Hotel in Makati.

Jimenez explained that tapping neighbors in the Association of Southeast Asian Nations (Asean) to boost the country’s tourism industry under the “It’s more fun in the Philippines” campaign was one of the measures the government was taking to decongest the crammed Ninoy Aquino International Airports in Manila and provide direct flights via other international airports in the country.

“We are now in very serious talks with Singapore so that together, Singapore and the Philippines will represent an incredible value known as the ‘Sunshine Trail,’” said Jimenez.

He said the DOT would brief the association about it when the plan has already been completed.

Under the program, Singapore will serve as a gateway to the country’s prime tourist spots like Davao, Puerto Princesa, Cebu and Bohol, said Jimenez.

It will provide an opportunity for the Philippines to move Singapore’s visitors to the country’s tourist destinations and back after they have finished their vacation in the city-state, he said.

In an interview with reporters, Jimenez declined to give other details about the plan, saying that it was still a concept until serious bilateral talks have been carried out with Singapore.

“I was just giving our travel operators a heads up… that we have this kind of cooperation with Singapore,” said the tourism executive, adding that the DOT was also developing the same kind of partnership with other neighboring countries.

He added that the plan with Singapore was an example of how connectivity between members of the Association of South East Asian Nations (Asean) can be promoted.